Blood Red Shoes have been busy. After years spent living on opposite sides of the Atlantic, world events threw them back together into what has become the must fruitful era of their 17 years together. “It’s been a loooong time since we both lived in the same city”, explains Steven. “I mean we actually wrote this album in LA at Laura’s place, then came to the UK to record it…and then everything went nuts”. Realising very quickly that they wouldn’t be able to release the album or tour until the world returned to some kind of normality, the band found their energies quickly spilled over into other projects. Laura-Mary started a podcast, Never Meet Your Idols, with her best friend in LA, interviewing everyone from Zack Snyder to Mark Lanegan to CHVRCHES. It is now about to start its third season. Steven started applying his love of electronic music by writing and producing other alternative artists like Circe, ARXX, Aiko and XCerts, racking up millions of streams in the process. “Yeah then I needed to hire Steve!” jokes Laura-Mary. Finishing up her debut solo release, she needed a familiar face to push the record button on her last couple of songs, down at the pair’s new “Jazz Life East” studio. Steven wilfully obliged, and Laura-Mary’s solo mini-album Town Called Nothing comes out this December. Still not content with their work rate, and restless from the the lack of touring, the duo started jamming out in rehearsal rooms, which led to the light-speed writing, recording and release of the impossibly-titled Ø EP in the summer of 2021. Which concludes what the band call an “off year”. And that brings us back to GHOST ON TAPE. It appears that like David Lynch’s The Lost Highway, nothing is linear in the world of Blood Red Shoes. Written and recorded before their most recent EP, GHOSTS ON TAPE is a huge jump into new terrain for the band. Musically and emotionally their most mature work, it is a complex, imaginative, and very gothic development on their sound. Musically, it leaves almost no trace of their former selves. “We’ve always been outsiders right from the very beginning” says Steven. Starting out in the DIY punk scene which completely rejected them for not fitting the mould, they wrote “It’s Getting Boring By The Sea” as a fuck-you to small mindedness of that exact scene. “Then all of a sudden we were playing indie disco nights where we basically came across like Slayer” laughs Laura-Mary. Too heavy for the indie scene, too punk for the pop kids, too melodic for the hipster punks and too danceable for the hard rockers, Blood Red Shoes have always been a confusing proposition. Over time that rejection and outsiderdom is something they have come to accept and love. “This album is really about us asserting ourselves as our own little island”, declares Steven. “We have made an entire career out of being told what we are “not”, of being rejected, of not fitting in, and this album is us deliberately pushing into all of our strangeness, emphasising all of the things that make us different”. Obsessed by true crime and murder podcasts, many songs on the record are told in character and explore the dark psyche of those at the pinnacle of outsiderdom: serial killers. GHOSTS ON TAPE paints a picture of a dark and unsettling world, starting with the apocalyptic, discordant piano epic “COMPLY”, through the Tears For Fears-indebted “MORBID FASCINATION” and ending on “FOUR TWO SEVEN”, a haunting and personal take on the act of holding onto the hurt of a broken relationship because hurt is the only shred of it you have left. It is the sound of a unified and confident duo who know exactly who they are, even if the wider world doesn’t really get it. The sound of two people who have spent their entire adult lives making music together and who, more than ever, are finding new pathways for their creativity. “Ultimately this album is an invitation”, explains Steven. “It’s us saying, this is our world, these are our darkest thoughts and feelings - our ghosts - caught on tape. You are welcome to join us. Come and embrace the strange”. 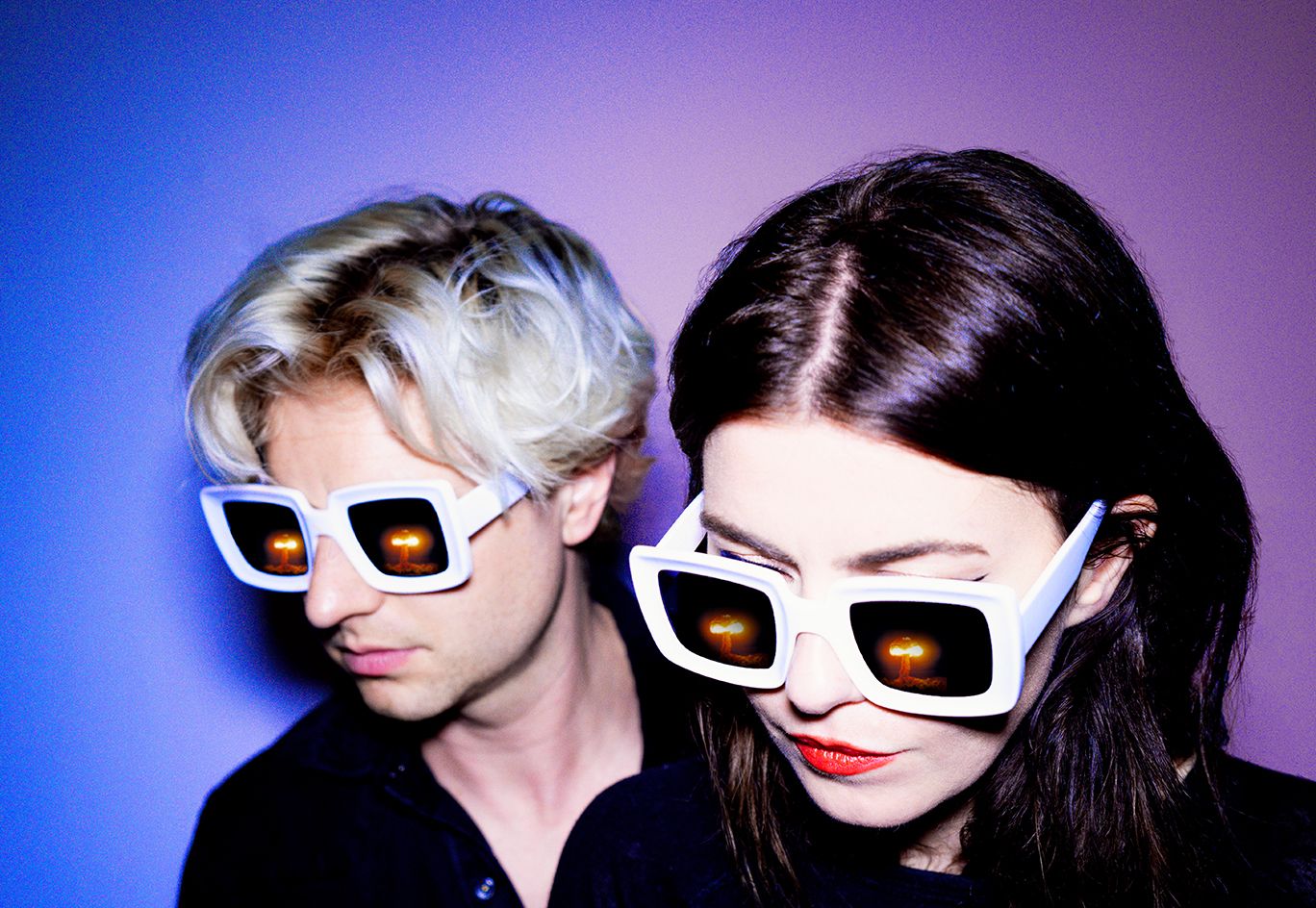