Combining punk abandon and tightly-coiled dance music has always been bonded into the band's DNA. It's this core plus their growth and mastery of songwriting that has seen them outlive the mid-2000s 'indie/dance punk' tag and has allowed them to consistently grow lyrically and sonically from album to album. As If is their most transcendent collection of songs yet. "Each album we've made has gotten closer and closer to our live set and this, we're proud to say, is the closest we've come yet. We were heavily influenced by current dance music -- Nina Kraviz, Moodymann, Paranoid London, Rrose and Delroy Edwards were frequently referenced -- and philosophically by the early '90s house records we love on labels like Trax and Dancemania and by artists like Romanthony and Green Velvet. Those records sound great because they're fairly raw attempts to use the technology of the time to ape the New York and Philly disco records that those producers loved. We figured, if those old house records sound like they do because the artists manipulated disco samples with MPCs, why couldn't we just sample ourselves and manipulate the tracks with Ableton Live? The more raw it came out the better it felt, not only because that's what excited us about those old records, but because it felt more punk, which always feels good."

Tolliver is the son of a preacher, but his music is anything but holy. His songs are a gumbo of soul, funk, pop and camp, as funny as they are soul-baring. His recent EP 'Daddyland' is about reconnecting with his late father via the astral plane, and realizing that he has more in common with his devout-yet-very-flawed father than he ever knew. The LA-via-Chicago singer is a dance floor demon. Tolliver marries a Midwest work ethic with a never-ending love of parties and poppin off, and those conflicting desires drive his creativity. He makes pop records with frank lyrics about redemption and relapse, and twerking at the altar of one's mind. Daddyland was recently in KCRW's top 10 albums, with each song from the project in steady rotation. He's been compared to everyone from War to Al Green to Andre 3000, an ethereal-yet-gritty soul survivor. In February of 2022 Tolliver made his late-night television debut performing his single ‘Say What’ on The Late Late Show with James Corden. This past summer Tolliver embarked on his first ever west coast tour to support the LP, played a monthly residency at The Echo and headlined KCRW’s SUMMER NIGHTS series in Los Angeles. 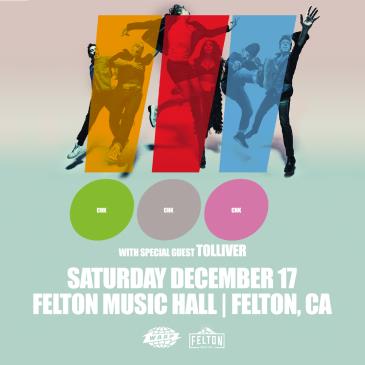