ARTIST MANDATED COVID PROTOCOLS: The artist asks that all patrons wear masks while attending an event unless actively enjoying a beverage. Additionally, proof of full COVID-19 vaccination or a negative PCR COVID-19 test result within 72 hours will also be required. If you are uncomfortable with these guidelines, have already purchased a ticket, and would like a refund you may contact the Orpheum Theater at orpheumtheater.flagstaff@gmail.com

The music that Sven Gamsky makes as Still Woozy is meant to be comforting. This feeling is partly a matter of circumstance. The Portland artist has long worked out of his home — first in a garage that smelled like weird chemicals, now in a room in a house with windows and air conditioning — which has only magnified the snug, relaxing energy of his guitar pop. Each song feels homespun and handmade, full of dewy harmonies, glittery arpeggiations, and clear affection for loping rhythms. It's an effort, in part, to quiet the noise of an overwhelming world.

"I get melancholy at times," Gamsky says. "And I think creating music helps me see out of it. I strive for this feeling of warmth that acts as a buffer to some of those harsher feelings."

Still Woozy's singles often confront those feelings directly, but their lush arrangements offer a way to look beyond, too. On "BS," Gamsky murmurs insecurities over a yawning guitar line, wrestling with his brain but wrapping his struggles in music that feels pillowy. It's placid by design, a way for himself to maintain peace and stillness in the face of darkness. "Window," released early 2020, is a love song that acknowledges Gamsky's own hangups — a light and soulful cut about how he might press on through the world. On his 2021 release “Rocky,” the first song to be released from his forthcoming debut album, Gamsky unspools an escapist fantasia, dreaming of better days. “I just...I just dream,” he sings in the song’s stuttered refrain, pitching a nighttime reverie as a way of floating above the mundane problems of life. Buoyed by a featherlight synth line and the golden haze of Gamsky’s voice, it’s a tempting proposition. Who couldn’t use a break from a tumultuous world?

Gamsky’s idiosyncratic approach to pop songwriting, mixing heavy themes and lighter arrangements, is the result of a lifetime of being unwilling to conform to an expected path. Gamsky grew up in the Bay Area in a family of doctors and nurses, but he chose to write songs. His parents made him and his brothers take piano lessons as a kid, but he begged to play guitar instead. "My whole life has been just doing the opposite," he says with a laugh. "Sometimes for the sake of being the opposite."

In middle school, Gamsky started writing songs he describes as "really cringey," but even in those early days his process was similar to now. He'd hole up in a room alone, pluck out a few chords, and use music as a means of channeling the trials of life. For a while, Gamsky played in a math-rock band, which he says gave him an appreciation for his craft as a guitarist. His 2019 debut EP, Lately, was a short but self-assured collection of longing, lovesickness, desperation, and self-doubt wrapped in kaleidoscopic instrumentals and buoyant arrangements.

Gamsky describes the music he loves most as "enveloping," surreal compositions that "take you outside of your own body for a second." That's the feeling he's seeking in his own music too — and actively creating for others as Still Woozy — as he continues to write and record. "When you're walking with your headphones on, I want you to feel like the music is a part of everything, like the trees to your left and right," he says. "That's the shit that I love.”

Leo Reilly grew up in the foothills of the San Gabriel Mountains outside Los Angeles, sharing backyard space with black bears and coyotes. He records cross-legged on his bed, directly into his Macbook microphone, over whatever wild combination of a type beat he can find on the web.

After experimenting for a few years and decamping to San Francisco to study fashion, Leo finally landed on an upbeat sound that allowed him to find inspiration in music he loved, no matter where or when it came from. Later, backat his parents’ house at the foot of the San Gabriel Mountains, he put together his breakout single “BOYFREN” in his childhood bedroom while his mom and dad were making chicken parm for dinner. After its release at the end of 2019, “BOYFREN” went viral and paved the way for 2020 singles “ROSIE” and “LEMONS.” On his debut eight track EP, LOOK AT THIS MESS I’VE MADE, Reilly taps into a rich wellspring of personal moments of growth, filtered through his unique sense of humor. The EP, its singles and their kinetic and innovative videos, all of which Reilly co-directed, paint a portrait of a rising artist on the cusp of something big. As LoveLeo, Reilly has landed on a sound that is playful and probing, the result of an urge to create music that is not so much reliant on genre as it is a reflection of the 21-year-old’s idiosyncratic viewpoint and style. His songs are deceptively simple earworms that probe big ideas with a light touch, but Reilly never pushes listeners toward a revelation. Instead, he offers up a wonky, sometimes-cartoonish world of slick players and devious villains who’re posturing and fumbling through love and life, just like the rest of us.

In April 2021, LoveLeo release TUNG TIED (feat. Rico Nasty)-the second taste of LoveLeo's recent forayinto hyperpop, an anything-goes genre where the artifice of pop meets the avant-garde. At its core is a maniacal vocal sample that wraps in and out of itself –as if LoveLeo is literally tongue-tied. "The song is a dialogue that plays out in my head whenever I'm doing something stupid on the internet," explains the artist. "Who am I trying to impress? I usually can't answer that. The cat's got my tongue."

“TUNG TIED” arrived on the heels of “BUZZCUT” feat. blackwinterwells, a sly, sardonic look at the wayour realities and appearances are increasingly blurring. 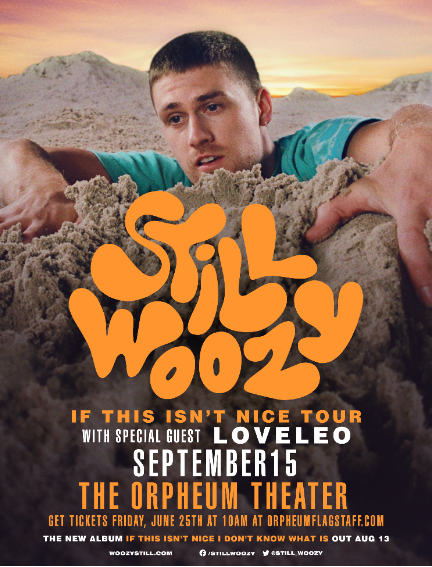