Patrick Henry "Pat" Travers (born April 12, 1954) is a Canadian rock guitarist, keyboardist and singer who began his recording career with Polydor Records in the mid-1970s. Pat Thrall, Nicko McBrain, Mick Dyche, Tommy Aldridge, Peter "Mars" Cowling, Jerry Riggs, and Carmine Appice are some of the noted musicians who have been members of the Pat Travers Band through the years. Kirk Hammett of Metallica has cited him as one of his favorite guitar players.

About JP Soars & The Red Hots:

In the decade since he burst upon the national scene by winning 1st place in the Blues Foundation’s 2009 International Blues Challenge in Memphis, TN with his band the Red Hots (and the prestigious Albert King Award as best guitarist), Arkansas native J.P. Soars has toured extensively through the United States, Canada, South America and Europe, and released an impressive catalog of powerful music. In addition to his work with his own Red Hots, Soars has been part of the regional all-star blues act Southern Hospitality, also featuring Tampa vocalist/guitarist Damon Fowler and 2019 Grammy nominee, Memphis vocalist/keyboardist Victor Wainwright, plus Red Hots drummer Chris Peet and Wainwright’s bassist Terrance Grayson. The Band’s 2013 Blind Pig release, “Easy Livin’” earned a Blues Blast Award for “Best New Artist Debut Release”, and they toured worldwide in-between the three bandleaders’ own schedules.

Soars was featured on an album by Jimmy Thackery and the Drivers, and has released five albums on his own and with the Red Hots, most recently the critically acclaimed SOUTHBOUND I-95. Brian Owens of Blues Music Magazine writes: “Make sure you have a fire extinguisher handy when you play Southbound I-95, cause J.P. Soars and his gang are on fire.” Steve Ovadia of American Blues Scene writes, “Soars’ voice and guitar are the glue that holds the album together. Both are the common thread through the various songs and both inject all of the tracks with a warmth and humanity. J.P. Soars is much more than just a gun-slinger.”

J.P. is psyched about his upcoming release, recorded during a whirlwind weeklong session at Tab Benoit’s Whiskey Bayou studios, with a band featuring Red Hot’s drummer Chris Peet on bass, and Benoit on drums, they recorded twelve songs in five days – eight originals which they wrote on the spot, plus four choice covers. The inspiration for the album came from the many nights they all spent jamming into the wee hours on the Legendary Rhythm and Blues Cruise and at the Big Blues Bender, and as expected, they captured many magical musical moments on this record. 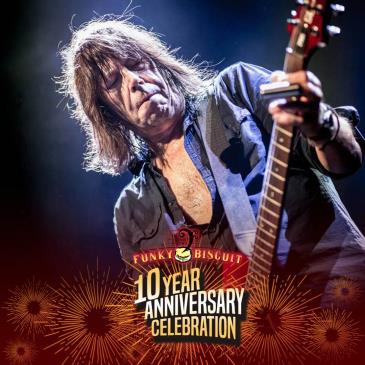