2KBABY’s voice is a shimmering crackle imbued with heart and soul—a tool used to tell street parables with messages of hope and perseverance. In 2020, the Louisville rapper and singer cemented himself as one of hip-hop’s most gifted new stars with his debut EP, Pregame Rituals, a set overflowing with crescendoing hooks, aspirational tales, and luxe instrumentals. But if his upcoming music is any indication, he’s only beginning to scratch the surface of what he can do.

Laying the foundation for all that potential is 2K’s transcendent RIAA Gold-certified (and still climbing) “Old Streets.” Initially released as an Instagram snippet, the video broke the internet, racking up thousands of plays in hours, getting reposted by outlets like DJ Akademiks and Say Cheese, and blowing up on TikTok. Produced by his brother Busta Keys, the song is an anthem of loyalty and resilience. You can hear the pain in 2K’s voice as he sings about the things that made him: cold winter and colder dinners, his brother and the local OGs, a lonely rise to the top. It’s filled to the brim with a range of emotions, something 2K says he aspires to every time: “My music can be therapeutic, it can amp you up, it can make you cry, whatever.” “Old Streets” is his centerpiece, but it’s not the blueprint—what comes next rises above genres for global impact.

Life wasn’t always so certain. 2K was born in Kentucky in 2000 and, lacking a real father figure, found solace in siblings, friends and the hustlers who mentored him. Through them, 2K soaked up the gamut of 2010s Midwest rap, including scene legends like G Herbo and Pablo Skywalkin. But it wasn’t until age 14, when his best friend got locked up, that he considered making music. “I just started rapping to say ‘Free my n***a,’” he says. His 2015 sketches gained buzz, but were a far cry from the heavenly pop-R&B 2K is known for today. That came to him in a revelation, on the road from Louisville to Atlanta at age 17. On that solo drive, without even radio to keep him company, 2K started singing—freestyling lyrics as he barrelled down the road: “We got 30’s, you know they dirty!” It blew him away. “My voice cracked and it went into this octave,” he recalls.

That, of course, became 2K’s slinky singing debut “Dirty 30’s,” and from there he locked in. He started to use less Auto-Tune; his voice got fuller, more mature. Then came “Old Streets.” He posted it just as a promo for another music video without any real plan—the rest is history. The song caught the attention of Masked Gorilla founder Roger Gengo, who soon signed 2K to his Warner imprint, Masked Records, which in 2020 dropped Pregame Rituals. The EP was one of the most inventive hip-hop records that year, finding 2K doubling down on his towering hooks and inventive beats. He embraced a broad palette of new sounds: There’s a song with soft harp, tracks with neon textures, and even a collab with one of the MCs who inspired him, G Herbo.

Since, 2K has been evolving quickly. Later in 2020, he dropped “MAD,” which doubled down on the bracing honesty of “Old Streets” while expanding his sonic palette—an emotive mix of piano, trap drums, and EDM-like effects. The video was also next level, with 2K in a Mad Max- inspired post-apocalyptic world. “I really wanna do more cinematic shit,” 2K says. It’s a natural fit given his outsize charisma and lyrical depth. And as 2K continues to push himself, it’s hard to

just think of him as a rapper. January’s THE 2K STIMULUS bundle features two songs that show his growing range: “Rounds,” a lush and lovelorn R&B record that could soundtrack a strip club or a lonely night drive, and “2kizzy Flow,” a guitar-streaked banger about old-school perseverance.

And that’s still only the beginning. 2K’s upcoming work includes a progressive guitar record with Marshmello. He flouts expectations of not only himself, but also those around him. Clearly, 2K has aspirations far beyond any genre. “I’m tryna just make pop shit,” he says plain and simple, but the sound is increasingly complex. “I’m not aiming for the clubs. I’m making music I want heard in movie soundtracks. Music that’s gonna sell out stadiums. Global music that can reach everybody and be used for different reasons.”

That’s how 2KBABY moves. Music comes to him in revelations, and it hits us the same. 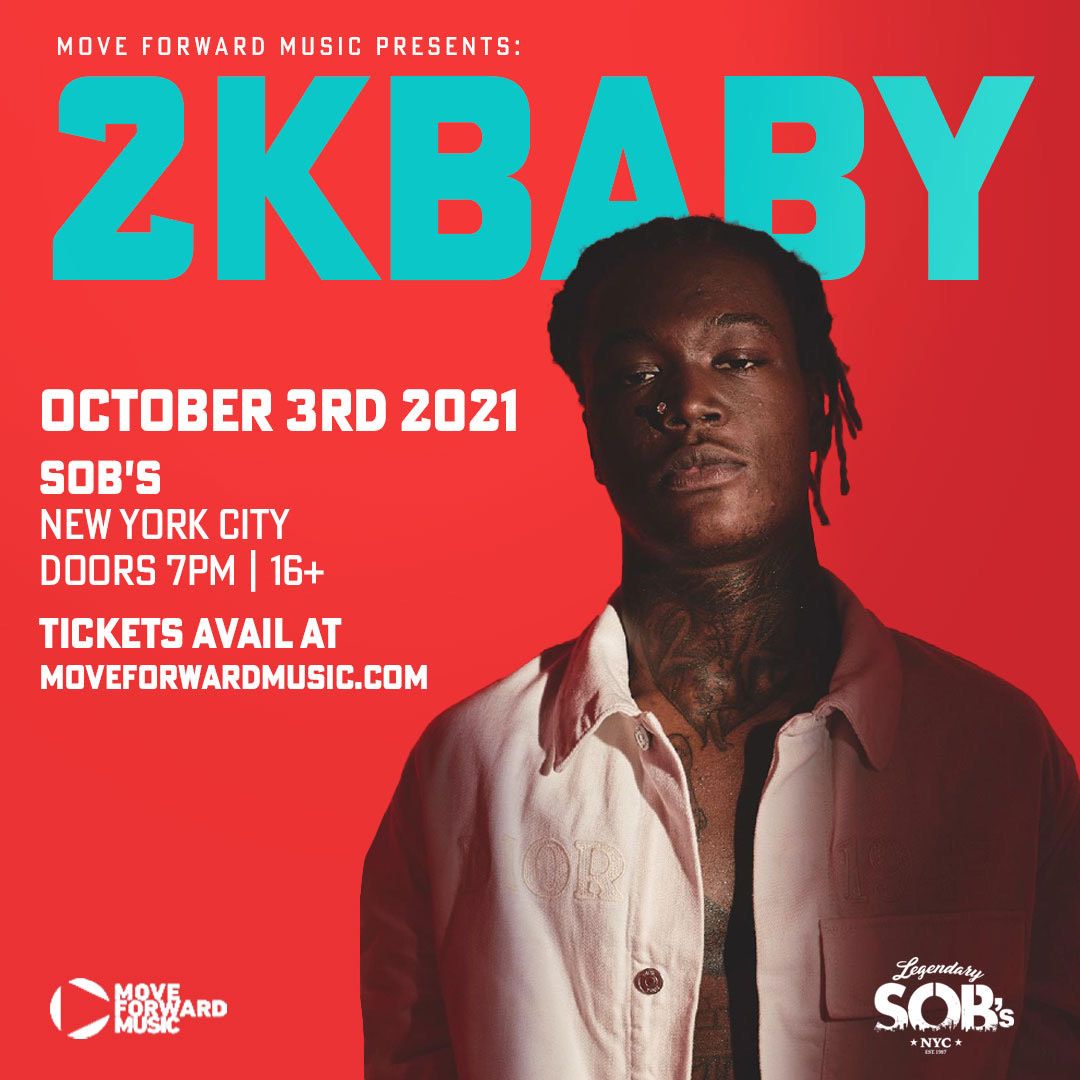