About Sneaker Soiree
The 2nd Annual Sneaker Soiree is a celebration where we’re bringing black tie and street fashion together for a night out.  Rooted Rhythm Syndicate LLC looks to provide an opportunity to have everyone look good, feel good, and to have your feet comfortable, yet stylish.  So, throw on that dress, suit up, add those suspenders, break out that brand new tie, pull out that suit you’ve saved for a dope event, put away those heels and wingtips, and display your dope pair of sneakers!  The Sneaker Soiree is brought to you by Rooted Rhythm Syndicate LLC, the CULXR House and The Ambiant Store.  This year’s performers are Mickey Factz from the Bronx, New York City, Lite Pole and Tylynn from Omaha, NE, and the party curator, the dope DJ, getEJIKEwithit.  The event host is Marcey Yates.  Come “kick” it for a night out with stylish threads, great music, and dope sneakers!

In addition to the event, we will be collecting all shoes for donation in support of Youth Emergency Services (YES House) of Omaha.  We ask for brand new or gently used shoes only.  Also, there will be a silent auction held at the event to raise funds for the YES House and the CULXR House.  All donations can be donated at the CULXR House (3014 N. 24th Street, Omaha, NE 68110) or at The Ambiant Store (4965 Dodge Street, Omaha, NE 68132).  For more information, contact the event organizer, Errik Ejike, at ejike@rooted-rhythm.com.

Mark A. Williams Jr., otherwise known as Mickey Factz, is the embodiment of a creative thinker. Standing at a mighty 5’10”, this lyrical juggernaut utilizes his varying personality traits including his overthinking, unique style, and intelligence to entertain and inspire the masses. This Bronx raised emcee derives his stage name from Natural Born Killers starring Woody Harrelson. He is Mickey and he treats Mallory as HipHop. Williams Jr.’s musical origins began back when he was 16, he started releasing music when he was 17, and really took the grind seriously once he reached age 26. Hopeless romantic Mickey can switch it up from bar heavy punchlines to soft R&B and soulful Gospel music.

With his long list of accolades that range from working with Drake, a grammy nomination grammy nomination for writing, signing 3 record deals, 2 national syndicated commercials with Honda commercials with Honda, touring with Busta Rhymes Busta Rhymes, and more, this studious kid who started out making music parodies in his leisure is well worth the price.

Williams Jr. has rocked the live performance stage, the battle rap arena, and now is transitioning into movies as well. The Harlem born Williams has recently been featured in the Netflix American comedy film, The 40-Year-Old Version and intends to expand his talents into acting, openly looking for new roles.

Lite Pole (LP) is an aspiring Artist from Omaha, Ne. His articulate rhyme scheme and use of whimsical metaphors define him as one of the most distinguished and unorthodox lyricists on the music scene. Always having a natural inkling for art since a child; LP found his passion for music in 7th Grade after being exposed to his peers free styling during their daily lunch periods. Since then, LP has been developing himself into a fine lyricist and an established producer, creating instrumentals under the alias "2 Stomachs". In 2011, LP began UnPlugged Connection™ (UPC) under which he operates his music and clothing line. His goal is to spread peace and consciousness to his listeners and breathe life back into the "Art" of storytelling.

Tylynn is an independent American rapper/singer/songwriter and she is best known for her uniquely dominant hip hop and RnB style. Tylynn’s rapping and singing abilities are what some would call a rare commodity, seeing that she is equally skilled in both. With thousands of followers on social media, Tylynn’s name and music are spreading like a wildfire. Tylynn has opened for artist such as Lil Baby, Kirko Bangz, Jaquees, Key Glock, Polo G and others. Since 2017 Tylynn has released a mixtape/project called “Alter Ego” with hit single “Just Yet”, an several EPs including: “The Introduction of Tylynn”, “The Darkest Hour”, “Time Well Spent”, and her most recent release as of 2020, “SOWN”.

Striving to bring the essence of true DJing back to the forefront.  getEJIKEwithit is a vanguard of the music scene by always searching for the new dope song or sound and finding ways to blend them with what’s relevant in today.  Ejike got his DJing career started in Omaha, NE but uses all of his influences when trying to curate the perfect DJ set (from Tyler, TX, is of Nigerian descent, and has lived in Ohio and Georgia).  He is ANTI Radio (Artist Need Time In Radio) therefore, he heralds himself as a digital crate digger: finding all of the gems on albums and records that are not known or are not pushed as the single.  He just spins dope music!  He plays everything from hip-hop to afrobeat to soul and funk and everything in between.  So, ask yourself, are you ready to getEJIKEwithit?! 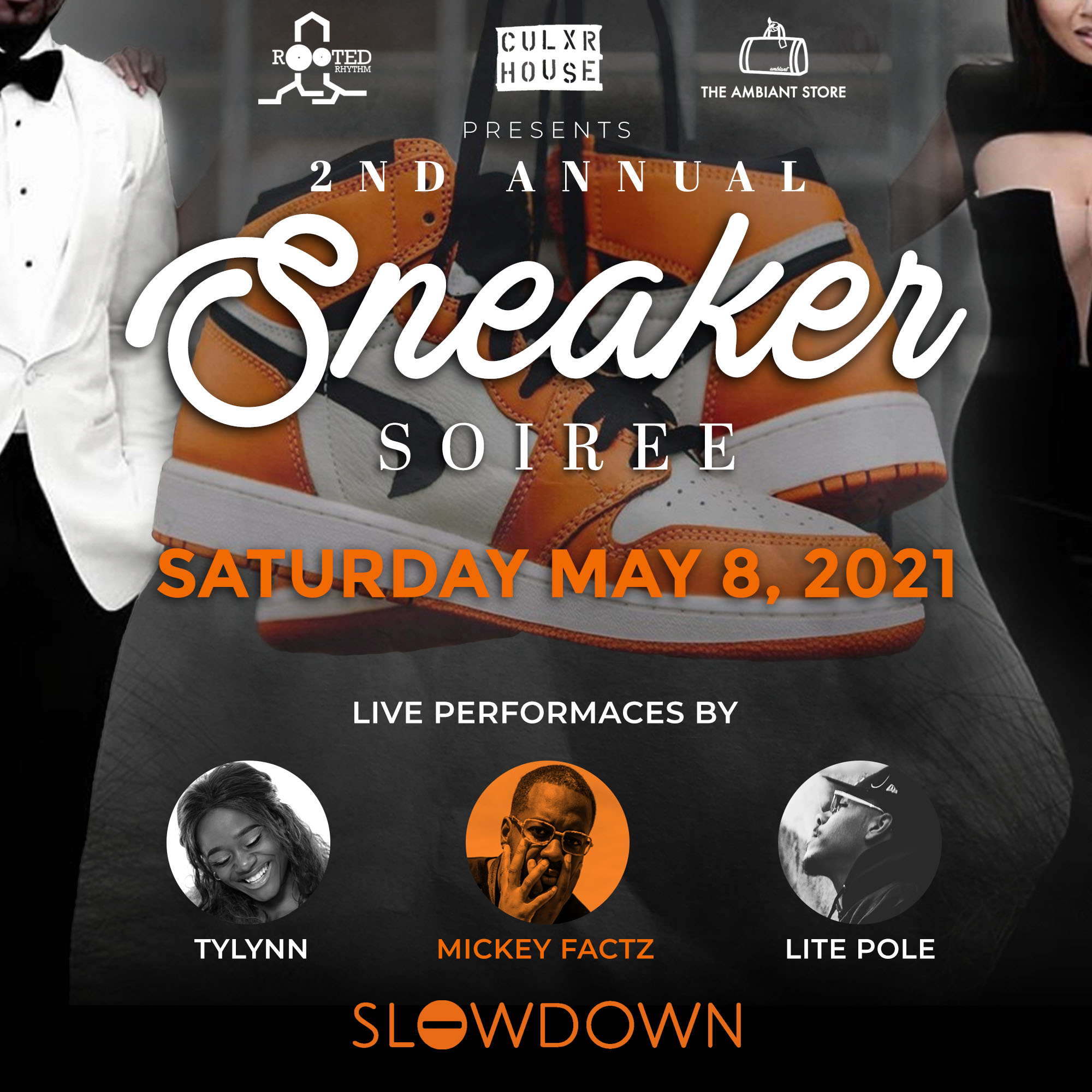