Stanley Kubrick’s Vietnam war masterpiece Full Metal Jacket will be celebrated at this year’s HollyShorts Film Festival opening night celebration on Thursday August 10 with a special screening at the TCL Chinese 6 Theaters on the heels of the film celebrating it’s 30-year anniversary. Matthew Modine, who played the lead role of Pvt. Joker will participate in a special Q&A at the screening.

The 13th annual Oscar®-qualifying festival takes place August 10-19, 2017 at TCL Chinese Theater, Roosevelt Hotel and other locations. It’s the largest gathering of short films in the LA area. This year’s festival has accepted 400 short films from a record 4,000 submissions.

Full Metal Jacket is a 1987 American war film directed and produced by Stanley Kubrick. The screenplay by Kubrick, Michael Herr, and Gustav Hasford was based on Hasford’s novel The Short Timers (’79).  The film stars Modine, Adam Baldwin, Vincent D’Onofrio, R. Lee Ermey, Dorian Harewood, Arliss Howard, Kevyn Major Howard, and Ed O’Ross. Its storyline follows a platoon of U.S. marines through their training and the experiences of the platoon’s Marines in the Tet Offensive During the Vietnam War.

All access tickets and opening night passes are available starting today via hollyshorts.com. 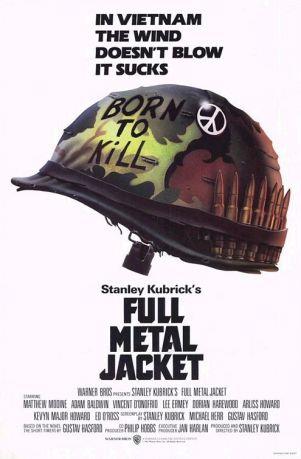