“This says more about me than any of my records without it being a record about me,” Alejandro Escovedo, “The Crossing”

A Mexican-American kid with Texas roots and California raising taking on immigration issues in two continents with an Italian band, no less, makes perfect sense — if you know Alejandro Escovedo. Forever the curious explorer, he’s been a punk of the rebel kind in The Nuns, a cowpunk of the non-Western variety in Rank and File, commander of a guitar army in The True Believers, an orchestral conductor in his solo work, and a sensitive boy who has outrun death, demons, lust, and lost love in his songs. He has collaborated with Bruce Springsteen, John Cale, Los Lobos, Peter Buck & Scott McCaughey, Tony Visconti, and Chuck Prophet. No Depression magazine declared him the Artist of the Decade.

“Musically, Alejandro Escovedo is in his own genre.” – David Fricke, Rolling Stone

“A masterwork from one of the genuine lights in rock music.”- Billboard

“Escovedo has blended the lyricism of Bruce Springsteen and Jackson Browne with the raw power of the Stooges and the Velvet Underground…the result is music with heart, brains, and a burning sense of adventure.”– Mark Kemp, Rolling Stone

“The performances were lush and full…it was truly a treat to hear these songs with such a rich resonance that only added to their depth and beauty.” – Front Row Center

“Alejandro Escovedo likes songs with stories; tonight, he was, the American story.” – The Boston Globe

“Alejandro Escovedo is one of the great songwriters of our time.” – Time Out Philadelphia

“Alejandro Escovedo  was like a lean slice of nighttime that had found its way into a sunny afternoon. That set was rumbling roots-punk guitar gunslinging at its most fierce and hip. After a long afternoon on a festival stage, the 60-something Escovedo still bristled with energy. Cool cats get nine lives. Ticking it off on your fingers, it seems as if the Texas songwriter must have cycled through all of those and then some.” – Allison Fernstock, New Orleans Times-Picayune 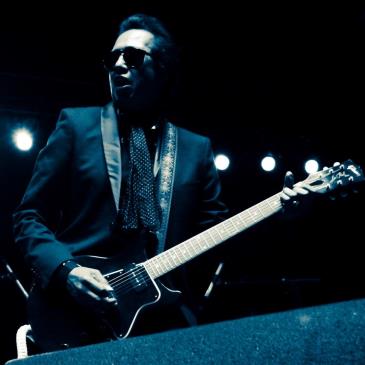