California’s ALO is elated to announce their 15th anniversary Tour d’Amour, a west coast jaunt that takes them through their home state as well as Nevada, Oregon and Washington. The band closed out their last full Tour d’Amour on March 7th, 2020 with a co-billed show at The Warfield with Leftover Salmon, which ended up being one of the last concerts in San Francisco before Covid shut down the concert business. For obvious reasons, the band put a pause on Tour d’Amour in 2021, but did reward fan’s patience with several outdoor shows in California this past summer at the Bruns Amphitheatre in Orinda, Camp Deep End in Navarro, Roaring Camp in Felton, and Terrapin Crossroads in San Rafael, as well as a trip down to San Diego for Oktoberfest. Next year’s tour will see them return to some of their favorite rooms on the west coast, where they’ll be joined by special guest Anna Moss (Handmade Moments).

ALO formed over 20 years ago on the UC Santa Barbara campus, but Bay Area natives Zach Gill (keys/vocals), Dan “Lebo” Lebowitz (guitar/vocals), and Steve Adams (bass/vocals) have been playing together since their early teens. The most recent member Ezra Lipp (drums/vocals) has been in the band full-time since Tour d'Amour XIII in 2019. The band has built a beloved catalog of thoughtful material, with echoes of classic California pop/psych-rock (Grateful Dead, Doobie Brothers) and dance-party/jam (Talking Heads, James Brown, Steely Dan). Members of the band have played with Jack Johnson, Phil Lesh, Nicki Bluhm, Brett Dennen, Steve Kimock and dozens more. Since 2005, the band has recorded for Jack Johnson’s Brushfire Records, and has recently begun pre-production for their next release. 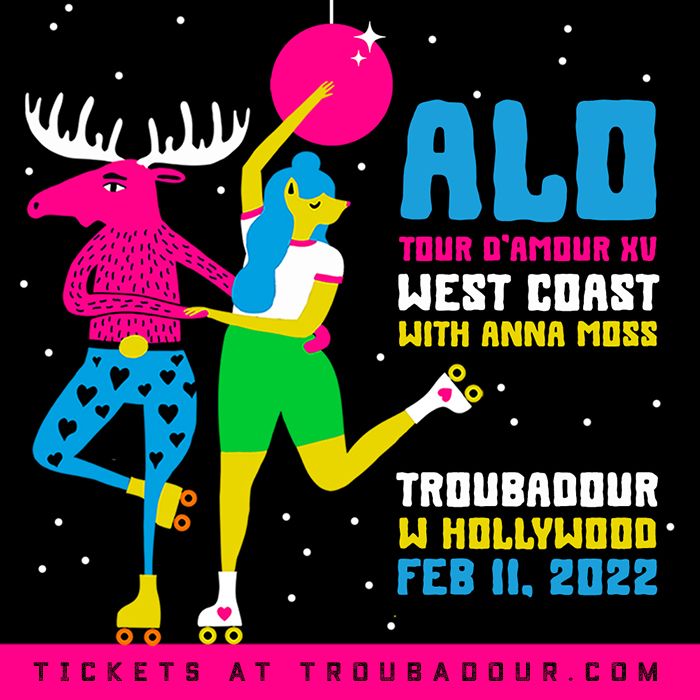