On August 20th ATL Collective relives Oasis’ “What’s the Story Morning Glory” in all of its pre-streaming, Brit-pop, epic glory. This 95 release reached number 4 on the Billboard charts and sold 3.5 million copies Stateside. But, beyond widespread popularity, carried a whopping sound and sentiment that brought Manchester into the mainstream. Come discover your new favorite Atlanta artists, while singing your old favorite songs. Lineup TBA.

ATL Collective is a 501c3 non-profit organization, and proceeds go towards our operation and programming: The Preservation Series, Hump Day Hang, Camp Collective, and the With The Band Crisis Fund. 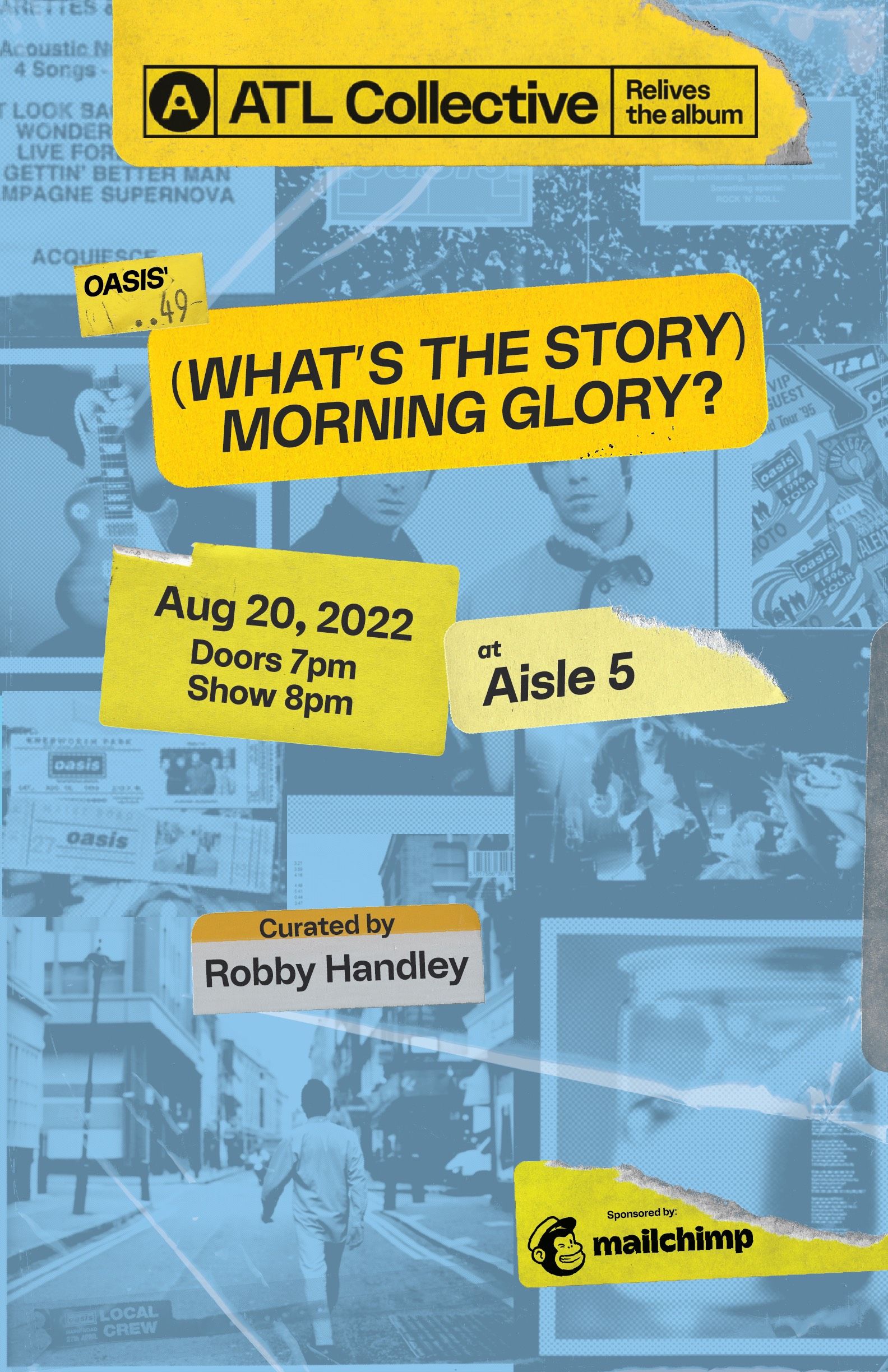