Adrian Daniel have been noted as an artist who stood out from the crowd by journalists such as DJ Booth and NPR . From its list of 100 Ones to Watch NPR describes his music as akin to the R&B greats but “a more modern version, ‘arousing, revealing’, propelled by a commanding falsetto that’s practically engineered to makes knees quiver.”

Adrian Daniel, is an American singer, songwriter, and record producer whose a native of Brownsville Brooklyn, New York. Daniel has released three EP and three albums: Fool-EP (2014), Disillusions (2016) FLAWD (2018) Nightwolf (2020), Midnight EP (2021) and CRIMSOM (EP-2022) to critical acclaim.
Adrian Daniel quickly earned a following and critical recognition due to his unembellished melodic style of storytelling with the unexpected progressive energy of an alt pop R&B singer. In 2016, Daniel released the single Devoted as a lead up to his first album Disillusions premiering on Billboard. In 2018, Daniel released FLAWD that kicked off a tour in the US and Europe with support from Live Nation. It was praised by media publications such as NPR, Fader & several others for making R&B more progressive and exciting again. In December 2020 Daniel released his third album NightWolf that aligned with his virtual live performance at Madison Square Garden
Adrian toured in the states, UK and Paris, the Northside Music Festival, SXSW 22' and headlined Brooklyn Museum’s First Saturday Best of the Borough.  A live performance review by Bandintown and PopDust shared, “The humble Pop R&B musician delivers an awesome performance. 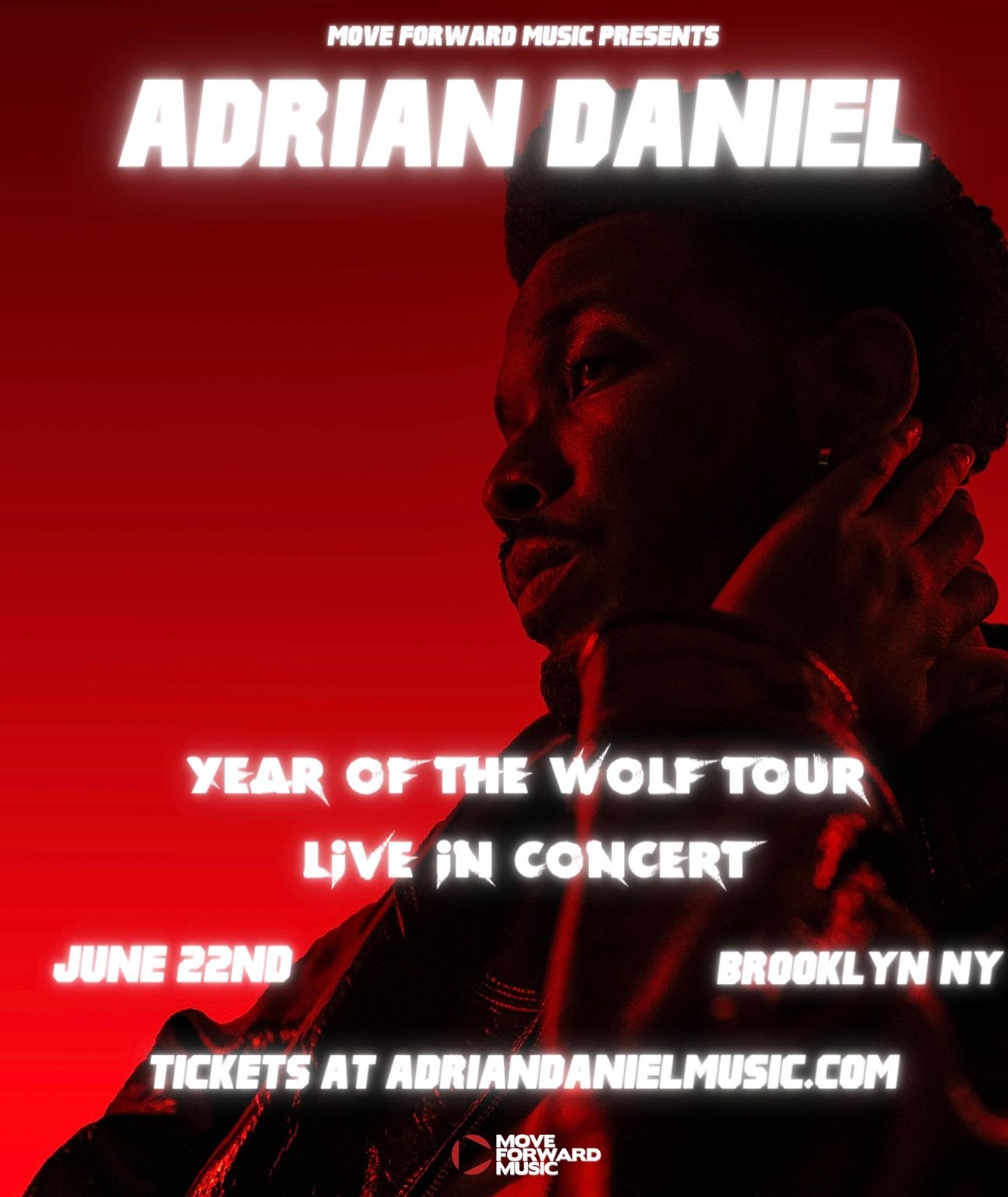