along with the Bay Area's own Blues Rockin' Guitar Explosion Phenom Band in full throttle and kicking off the night... *JAKE NIELSEN's TRIPLE THREAT*.
Don't even think of missing this all night party at BooM BooM RooM!

The Humidors are in their element and absolutely rage on stage. Bursts and washes of B3, punchy horns, chugging percussion, thumping bass, and burning guitar leads all interweave in an infectious polyrhythmic stew.
This band of troubadours has developed a sound that pulls from a melting pot of old-school and modern influences, yet is always rooted in a big sound, high energy ensemble approach to funk that builds it's grooves with psych-Rock-Soul layers and super rhythms one on top of the next ... Pure Magic Music!

“Everything The Humidors play is given a heavy contemporary spin that splinters dance floors and leaves audiences in a sweaty daze. The band is a well-oiled unit with a polyrhythmic approach that balances short, sharp solos with an overwhelming collective approach.” - J. Poet, SF Weekly

Hailing from the Bay Area, The Humidors have been churning out their own unique brand of party music for half a decade. Combining elements of hard-hitting funk, greasy soul, vintage R&B, soul jazz and more you can be sure that this eight-piece unit is committed to the groove in all its shapes and forms.

With the recent addition of Andre Cruz's soulful and heartfelt lead vocals, The Humidors are taking their music to the next level and ready to spread the Gospel of Funk to dance floors everywhere. Having shared the stage with acts such as Dumpstaphunk, ,The Nth Power, The New Mastersounds, The Meters' Experience, Shuggie Otis, and the late, great Bernie Worrell, The Humidors are in their element on stage. Bursts and washes of B3, punchy horns, chugging percussion, thumping bass, and burning guitar leads all interweave in an infectious polyrhythmic stew. 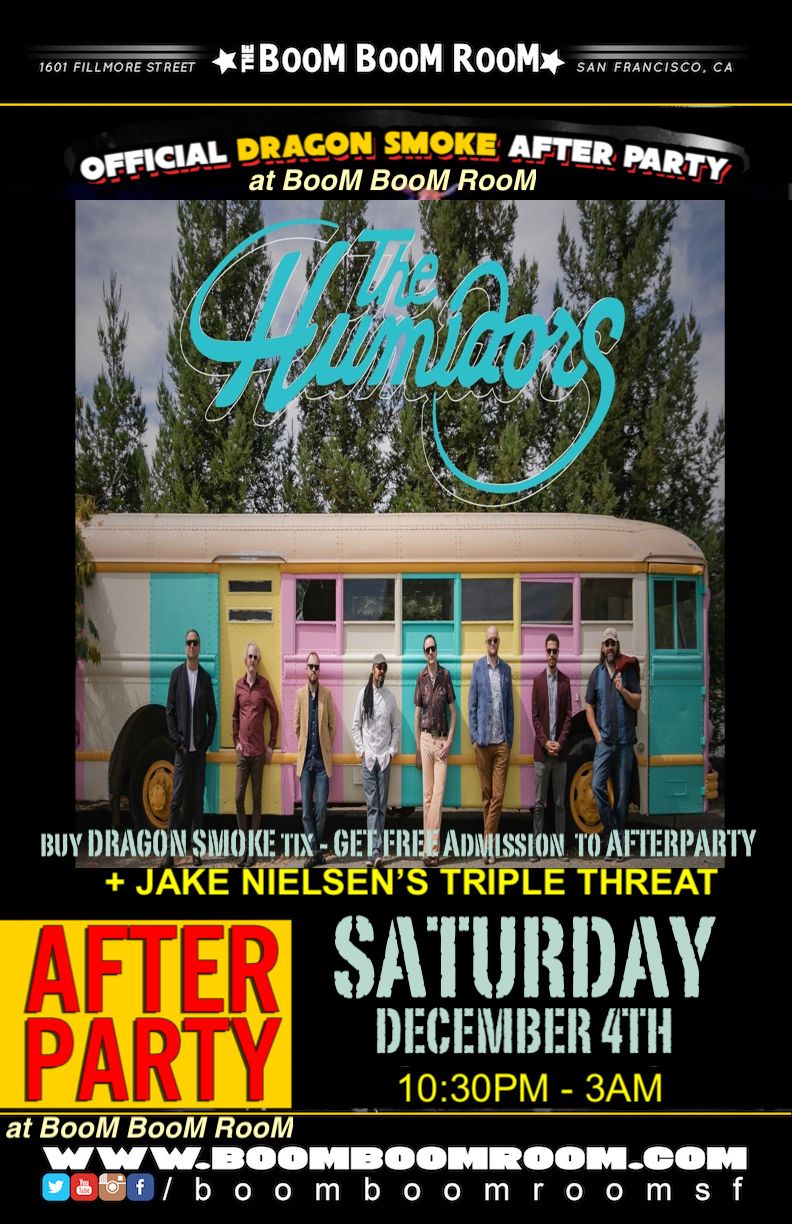