Formed by musicians from multiple bands in the San Francisco Bay Area in 2014, Sweet Plot quickly arrived on stages across California and beyond. With their unique blend of funk, rock, soul and world music, Sweet Plot cooks up a phonic stew which never fails to energize a dance floor. Blazing guitar, jumping polyrhythms, screaming horns and powerful vocals all punctuate a vintage sound reministinate of the rock and funk of the 1970s, but with a not so subtle modern polish. Since 2016 the group has released four studio albums of original material with a fifth on its way in 2022. Keep an eye out for new music as the group gears up to hit the road again and release a string of new singles, starting with "Molly Molly" and a brand new Xmas song to follow just in time for the holidays.

with the Bay Area's own Blues Rockin' Guitar Explosion Phenom Band in full throttle and kicking off the night... *JAKE NIELSEN's TRIPLE THREAT*.
Don't even think of missing this all night party at BooM BooM RooM! 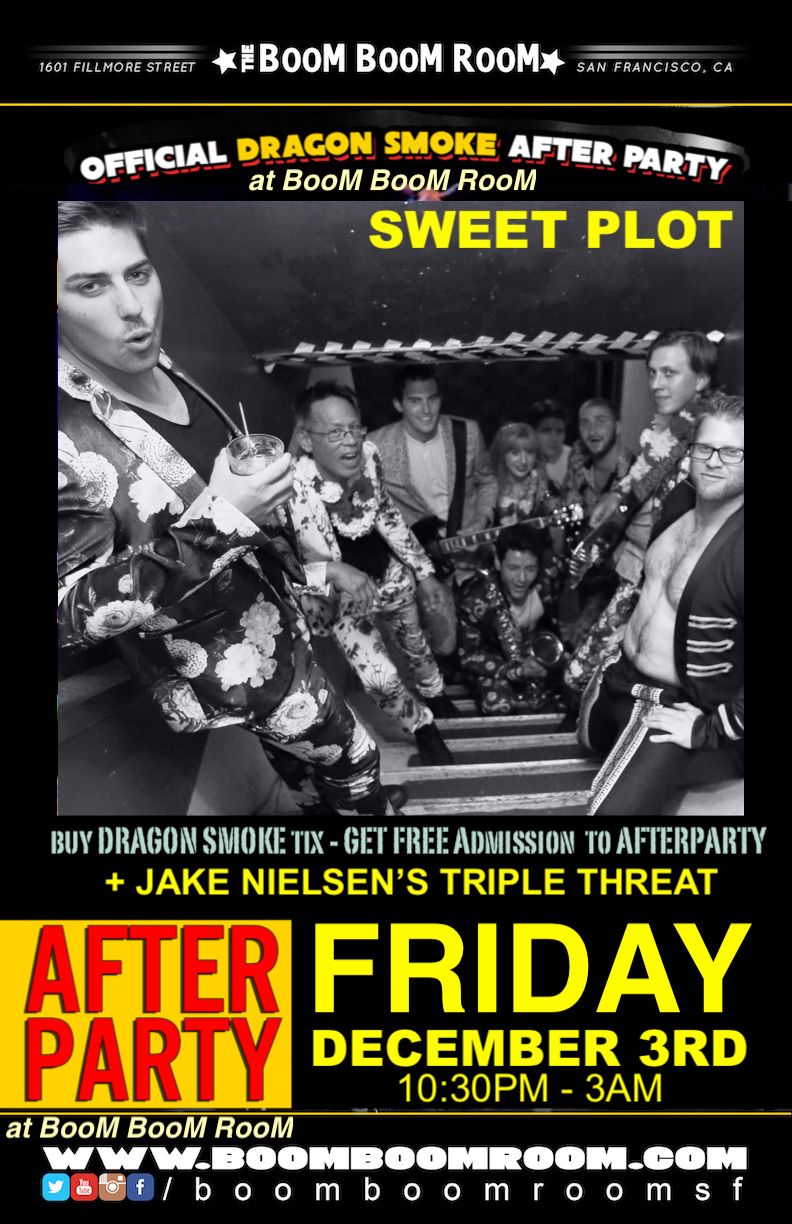