There are few artists capable of appealing to music fans of all stripes, and Alan Doyle is one of them. From the moment he burst onto the scene in the early 1990s with his band Great Big Sea, Canadians fell in love with the pride of Petty Harbour, Newfoundland, whose boundless charisma and sense of humour was eclipsed only by his magnetic stage presence.

His influence is now being heard in a new generation of artists as his solo work continues to endear him to roots music fans everywhere. That’s clearly evident on Alan’s new EP Rough Side Out, which finds him collaborating with Canadian country music superstars Dean Brody and Jess Moskaluke, while at the same time offering his own distinctive interpretation of contemporary country.

The seeds for Rough Side Out were planted in 2012 when Brody asked Great Big Sea to record the song “It’s Friday” with him for the Platinum-selling album Dirt. For Alan, that was the moment he realized the door to the country music world was open for he and other east coast Celtic-leaning artists, and since then he’s warmly embraced building closer ties. “My personal journey with the whole thing has been very organic,” Alan says. “When my parents weren’t listening to traditional folk music, they were listening to country music on the radio. So, when I began creating my own musical identity, I was inspired by artists who were able to blend those two worlds.” 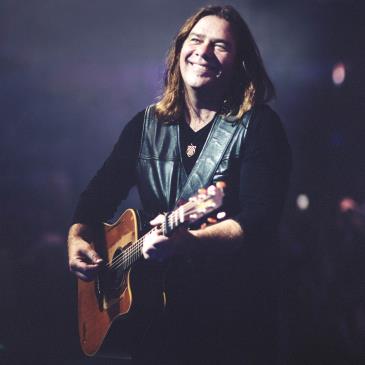