You know those heartbreaking country songs we all know and love?The ones that when you change the dial to the country station, it’s “mydog died, my wife left me and my truck broke down?”

Country/Americana singer-songwriter Casey Ahern pays ode to thison her latest single “Heartbreak Radio,” a track abouther lifelong passion for country music and the way it has taught her "tolove, to hurt” and find comfort in its minor chords and often sad lyrics.

Casey’sprevious single “Didn’t Even Get a Goodbye” had national radio airplaythroughout the US. With 54 stations spinning the track and a total of 523 totalweekly plays. The week of August 12, the song was in the Top 5 streams for thecountry format on Play MPE and among the Top 8 downloads in the country formaton Play MPE. It also received in-store placements in Macy’s and Abercrombie & Fitch. Overthe course of 2020, Casey played live streams for The Boot and AmericanaHighways and gained an endorsement with MAC cosmetics.

Alan spent the past 5 years as a guitarist for hire in the beautiful river town of Lambertville, New Jersey. His work spanned many genres and projects as he filled his weekends playing classical guitar at weddings and with bluegrass and jazz manouche ensembles everywhere else. Between gigs, Alan developed a repertoire of original songs inspired by folk music and nature.

In early 2020, an overplaying injury joined forces with Covid-19 and his busy gig schedule was put on hold - indefinitely. This newfound free time drew Alan much closer to songwriting as he began writing mellow Indie Folk inspired melodies with dream-like lyrics and floating fingerstyle guitar passages.

Alan decided to take his songwriting to the next level and move to Los Angeles only a couple months later. After stuffing his Honda Fit to the brim and making the cross-country drive, he has been diligently exploring the area while crafting his sound to perfection. He is currently working on a 5-track EP about the internal process of the move and will be premiering all of these songs live on June 11th at The Mint. 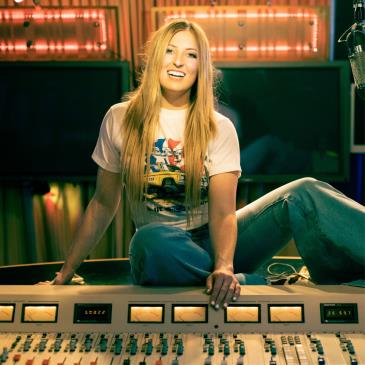