The new album by the Albert Castiglia Band, Wild and Free, was recorded live at The Funky Biscuit in Boca Raton, Florida. This in your face live performance captures the energy and guitar mastery that Castiglia shares with his audiences each time he takes the stage.  With special guests Mike Zito, John Ginty, and Lewis Stephens this is THE live album Castiglia fans have been waiting for!  Wild and Free has everything blues fans are looking for… great songs …guitar virtuosity… and the raw power and emotion behind Castiglia’s live performances.The Miami-raised musician served an apprenticeship while backing legendary blues musician Junior Wells. He later went on to work with singer Sandra Hall. Never content to allow himself to be conﬁned to any particular category, he embarked on a solo career that’s yielded nine critically acclaimed albums and consist kudos for his exceptional instrumental prowess, his searing vocals, and live performances that have dazzled audiences from coast to coast. It’s little wonder that Miami’s New Times lauded him as South Florida’s “Best Blues Guitarist” or that USA Today was inspired to remark “It's a revelation to discover the thrilling retro-electric blues from this astonishing young guitarist.” Likewise, BluesAbout.com called Castiglia “one of those mid-tier artists that is just one album away from breaking big and becoming a household word in the blues world.” Or, as M Music & Musicians once noted, “His back-to-basics approach follows in the footsteps of those who fostered the blues in the Mississippi Delta and the smoky late-night haunts of Chicago.” After the highly successful and critically acclaimed release of Masterpiece on Gulf Coast Records, Castiglia was nominated for two Blues Music Awards in the categories of Blues Rock Album of the Year and Blues Rock Artist.

Florida’s Gulf Coast has produced a plethora of distinctive musicians, from the blues of Tampa Red to jazz greats Cannonball and Nat Adderley to former Allman Brothers guitarist Dickey Betts to The Outlaws. Tampa’s Damon Fowler, a masterful singer, guitar player and songwriter, has absorbed the best of and furthered the work of the region’s definitive artists. A hard driving troubadour, his music is steeped with soul and representative of the many styles that make up the roots of American music. He has gained the respect of his peers given his featured slot in Butch Truck’s Freight Train band and his side gig as guitarist in the Dickey Betts Band. Critics have compared Fowler’s guitar work to Johnny Winter and Jeff Beck, while his slide guitar is reminiscent of the late Duane Allman. Fowler can play fiery guitar runs with the best of them, and his lyrical work on lap steel and dobro makes him a stand out performer among the legions of guitar heroes. His new release, ALAFIA MOON, was produced by Fowler and George Harris (Cheap Trick, Rick Derringer, Brian Johnson—AC/DC), ALAFIA MOON, represents Fowler’s 8th solo release. combines all the influences that have shaped his distinctive blues career. On the strength of Fowler’s hybrid of roots rock, blues, and sacred steel, the Florida native started wowing audiences with his musical exploits as a teenager, building a reputation as one of the hottest young players on the scene. Adding songwriting and vocal skills to his repertoire over the years has brought him many accolades, with music journalists extolling his originality and maturity as well as his technical guitar expertise. All of these attributes have helped further define Damon Fowler as one of the great Southern artists of his time. 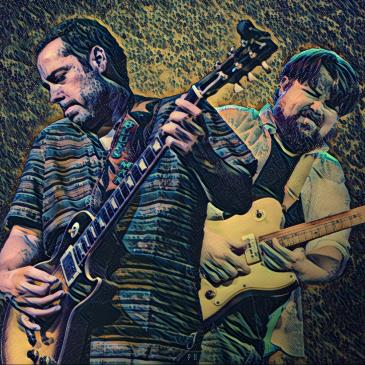