Alejandro Aranda (Scarypoolparty ) is coming to Sons of Hermann Hall in Dallas, Texas with special guests Haiden and Chloe Jobin!

THIS IS AN ALL AGES EVENT 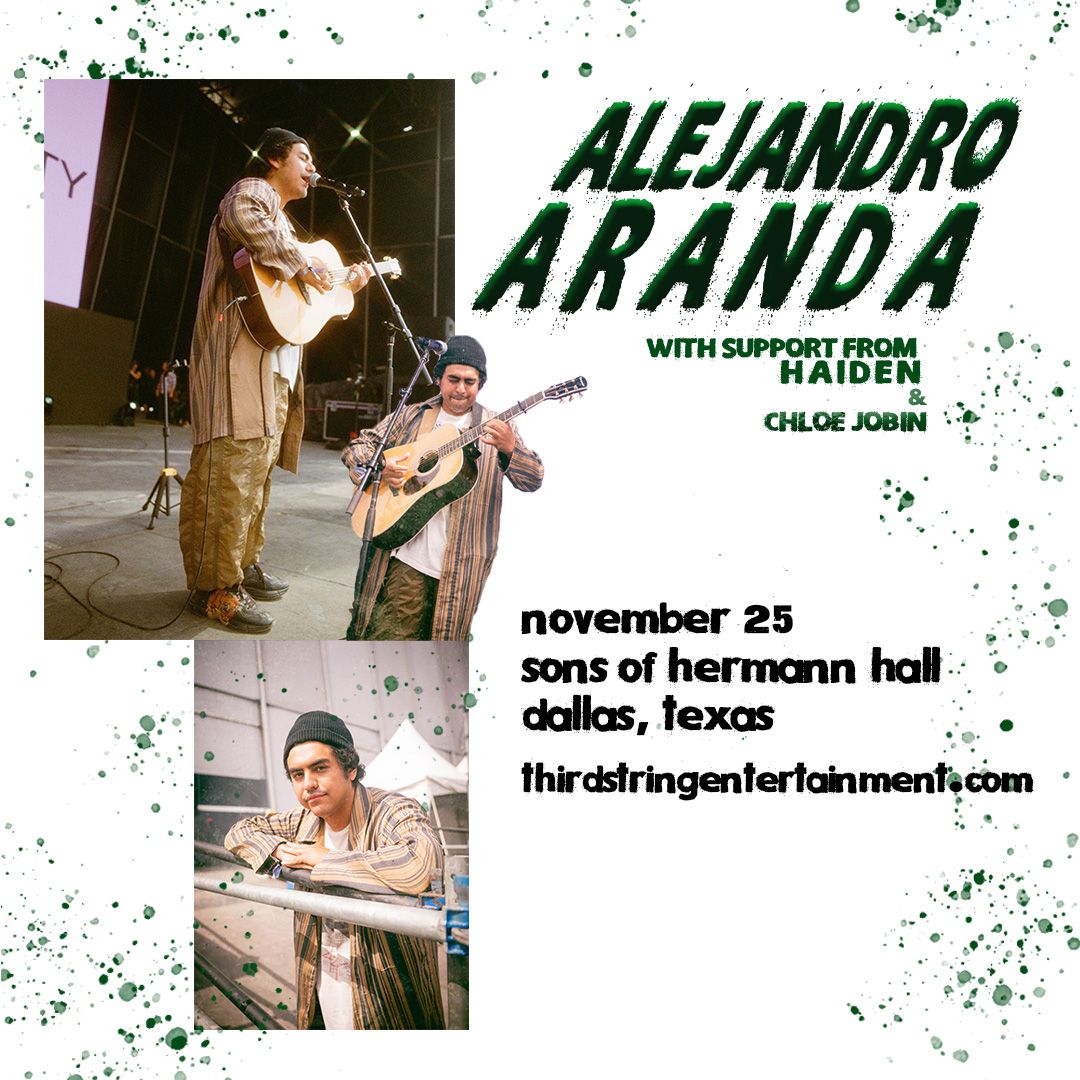