Alex’s one-hour BBC radio special, Peer Group, was released this year. He was most recently a staff writer on THE GREAT INDOORS, for CBS. Alex can be seen performing stand up on season 1 of Seeso’s The Guest List. He won the prestigious Foster’s Best Newcomer prize at the Edinburgh Fringe Festival for his one man show, Millennial, only the second American ever to have done so. He was also honored with the Herald Angel Award at the Edinburgh Fringe Festival for his Barry Award nominated hour “Just For Us.” He was named a "New Face" at the Just For Laughs Festival Montreal, one of Comedy Central's "Comics to Watch" and listed as #10 on NY Magazine's "50 Comedians You Should Know in 2015".  A regular performer at most of the city’s clubs, he tours both nationally and internationally and is one of the founders of Jerusalem's Off the Wall Comedy Club and a favorite on the UK festival circuit. Beyond stand- up, he writes regularly for outlets like The Atlantic and The Believer, has written and produced documentaries for the US State Department and ESPN's "30 for 30" series, and spent more than a decade working as a speechwriter for the Los Angeles Dodgers and the Boston Red Sox. Edinburgh Comedy Award winner Alex Edelman brings his hour, Just For Us, to Los Angeles for the first time. It’s about sign-language gorillas, Nazis, tribalism, and was the best reviewed show at any major comedy festival this year. Come. In the last year alone, Edelman has performed on Conan, supported Beck and Ricky Gervais, and saw his special, ‘Live at the BBC’ released on Netflix UK.  He’s Jewish, is from Boston, and is quite proud of the show, which has some of its achievements listed below: 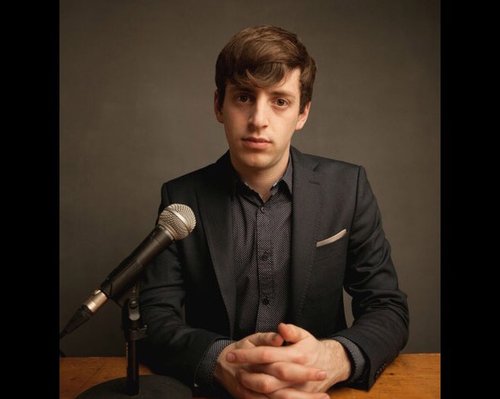