Processing...
Tickets
American Aquarium’s Indianapolis show at HI-FI has been cancelled. Refunds are available at point of purchase.  Online buyers will be refunded in 1-3 business days. Please direct any questions to boxoffice@mokbpresents.com. You can follow our ongoing list of affected shows here: http://bit.ly/mokb-hifi-covid19updates

American Aquarium’s Indianapolis show at HI-FI has been cancelled. Refunds are available at point of purchase.  Online buyers will be refunded in 1-3 business days. Please direct any questions to boxoffice@mokbpresents.com. You can follow our ongoing list of affected shows here: http://bit.ly/mokb-hifi-covid19updates

“Country music was the voice of thepeople. It wasn’t always the prettiest voice, but it was an honest voice,” saysAmerican Aquarium founder and frontman BJ Barham. “I think that’s where countrymusic has lost its way.” He pauses, then adds, North Carolina accent thick andvoice steady: “I operate in the dark shadows of what we don’t want to talkabout in the South.”

These days, those shadows are tall andwide, making it hard to recognize a neighbor, family––even yourself. OnAmerican Aquarium’s new album Lamentations, Barham shines light on darkAmerican corners with heartbreaking conversations, long looks in the mirror,and empathetic questions, all through songwriting that is clear withoutsacrificing its poetry, and direct without losing its humanity. “As asongwriter, my number one job is to observe and then translate what I observeinto a song, a story, a lesson,” Barham says. “I’d be doing myself and thelistener a huge disservice if I didn’t talk about the things I see, which is acountry, divided.”

As much as Barham appreciates anindignant protest song or one-sided anthem, he isn’t writing them. Instead, on Lamentationshe’s making the political personal, reaching out to humanize folks withopposing viewpoints, and offering dignity instead of demonizing. The result isthe strongest writing of Barham’s already stout career. “I’m still very muchstanding up for what I believe in––I don’t think anyone can question what sideof the aisle I stand on,” he says. “But hopefully people listen and at leasttry to understand why their Sunday School teacher wears a Trump hat.”

A beloved live band known forconsistently playing at least 200-250 dates a year, American Aquarium chose tobe more selective in 2019, winnowing the schedule to 92 shows. For Barham, soberfor six yearsnow, is a dad to a toddlerand still happily married, the adjustment was a must. “We’re learning how tobalance being in our mid-30s and being rock-and-rollers,” he says. “Being homewas the most rewarding experience. It allowed me to be creative and write aboutthings that really matter.”

Lamentations reflects that elevated focus. Barham,who is no longer religious but was raised Southern Baptist, wrote down the word“lamentations” in 2018, and knew it’d be his next album title before he’dwritten a single song for the record. He felt an anchoring connection to theword itself––defined as “the passionate expression of grief or sorrow”––but alsoto the Old Testament book in the Bible. “Lamentations is one of the few books in the Bible where there’sthis doubt of God––this guy, crying out to the heavens, like, Why? If youlove us so much, why did you let Jerusalem fall to Babylon?” Barham says.“I saw a direct correlation between that and a Southern man today who voted forTrump. I wanted to write about a broken America and all the things that lead ahuman being to doubting something. Every song on this record touches onsomething a little different.”

Ultimately, Lamentations is athrilling portrait of an artist and his band reaching new levels of skill,consciousness, and potential after 20 years in the trenches. Unruly andsincere, Barham emerges as an important American voice––and an unlikelypeacemaker. “I’ve had to work really hard to carry water as a songwriter,” hesays. “It feels really good to be in my mid-30s, writing songs that I thinkmatter. I think when you listen to this record, something is going to change inyou. You’re going to feel something. That’s the most important part ofsongwriting: making someone feel.

North Carolina native Emily Scott Robinson has traveled a quarter million miles and counting, paying her dues along the dusty highways of America’s wild country in the RV she calls home. Along the way, she’s captured the stories of the people she met and expertly crafted them into the songs featured on her gorgeous debut studio release, “Traveling Mercies.” Named one of Rolling Stone’s “10 New Country and Americana Artists You Need to Know” for 2019, Robinson received critical acclaim from Billboard, No Depression, and American Songwriter for the stories captured on her new album and performed on the main stage of the 2019 Telluride Bluegrass Festival as winner of the Telluride Troubadour Contest.
The diner where the waitress knows everyone by name. The World War II veteran reflecting on the end of his life. The windswept trailer park where people prefer to keep their curtains closed. As she meditates on human frailty and the power of resilience, Robinson is at times vulnerable, at others, defiant and absolutely free. Rolling Stone called “Traveling Mercies” a collection of “country-folk songs about America in all its pain and glory with the literate, Southern gothic sensibility of Flannery O’Connor.” Robinson is on the rise with her new record— a tour de force from an elegant chronicler of her own existence and those of her fellow humans. 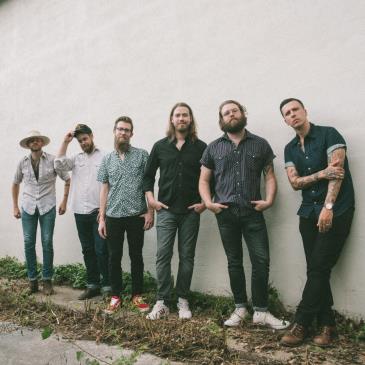