Upon entry all ticket holders must provide proof of a negative COVID-19 diagnostic test within 72 hours prior to entry in order to attend select shows organized by Glory Days Presents! As an alternative, proof of full vaccination may be voluntarily presented by the ticket holder instead of a negative COVID test result. In addition, all venue staff are required to be vaccinated (with medical and religious exceptions allowed under the law) and wear a mask indoors at all times during the event.

An original copy, photocopy or electronic picture of this documentation is acceptable.  A Photo ID is required to match the name on your proof vaccination or test results. A date and time stamp must be present on your test results.   At home tests are acceptable. If you have lost your vaccine card, please contact your point of vaccination or local health department for a copy. If you cannot provide this documentation, you have until end of day September 17, 2001 to request a refund at Seetickets.us. No refunds will be issued after this date
Full info is here:https://highdivegainesville.com/covid-test-and-vaccination-policy/


On his new album Born Against, Amigo the Devil – the artistic moniker of Danny Kiranos -- has established himself as a multifaceted artist with a kaleidoscopic vision. The new record follows Kiranos’ beloved 2018 debut Everything Is Fine, an album that was chock full of violence, mayhem, and despair -- and one that augmented his long-gestating cult following. Kiranos’ new collection of songs reveals him to be more than a one-trick pony stylistically as he opens up the creative channels and delves deeply into thematic and musical influences as august as Tom Waits, Leonard Cohen, and Fiona Apple. 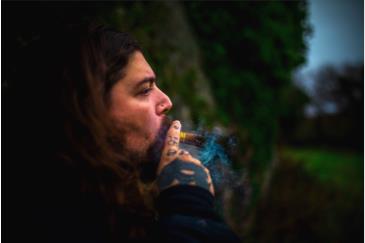