Amigo The Devil at Underground Arts

PLEASE NOTE: Attendees must provide print or digital proof of vaccination to attend this event. Masks will also be required inside the venue when not eating and drinking. For more information on our health & safety policy, click HERE﻿

About Amigo The Devil

On his new album Born Against, Amigo the Devil – the artistic moniker of Danny Kiranos -- has established himself as a multifaceted artist with a kaleidoscopic vision. The new record follows Kiranos’ beloved 2018 debut Everything Is Fine, an album that was chock full of violence, mayhem, and despair -- and one that augmented his long-gestating cult following. Kiranos’ new collection of songs reveals him to be more than a one-trick pony stylistically as he opens up the creative channels and delves deeply into thematic and musical influences as august as Tom Waits, Leonard Cohen, and Fiona Apple.   “Every new record is an opportunity to sit and think about how much has changed in your life and the world around you,” Kiranos says. “It’s a new opportunity to bring in both new and old influences. I really wanted to dive into ideas that I’d either been avoiding or ignoring within myself and figure out ways to align them with music I grew up listening to. Influences that may have been set aside in our older recordings.”   Kiranos, who grew up in Miami in a multicultural household but now lives in Austin, decamped to Dallas to record the album at the venerable Modern Electric Studio with Beau Bedford (Texas Gentlemen). This marked the first time Kiranos had explored some of the world music he’d had long loved, including Eastern European folk and Australian country (“It has such an amazing sound to it,” he says of the honky-tonk of Down Under. “The rhythms are so dry and brutal.”) Kiranos felt Bedford was the only producer who could draw those sounds out of him. Together they entered the studio with merely the skeletons of the songs Kiranos had written. One by one, they fleshed them out in wildly inventive fashion. To say they threw the kitchen sink at this album would be an understatement; these guys threw the whole damn shack. From plucking the strings on the back of the piano to dropping heavy objects on the floor to create odd-sounding crashes, clicks and clacks, Kiranos doesn’t deny there was a bit of Rain Dogs-era Tom Waits worship involved.   As for the songs themselves, Born Against finds Amigo the Devil embracing a more widescreen narrative form in his writing, moving slightly away from the dark-night-of-the-soul diaristic tone of the first album. Whether it’s getting revenge on a daughter’s murderer, a final love letter from a death-row inmate, or an ode to one’s own flaws and mortality, the songs on Born Against pack an emotional wallop and manage to accord dignity to the darker aspects of humanity some of us would rather turn our eyes from. But at the end of the day, Kiranos understands that’s it’s stories – even the darkest of ones – that connect us through it all. And he’s worked hard to get better at telling those stories.   “It’s been a goal to become more efficient writing songs,” Kiranos says, adding that “this was a very conscious attempt to promote imagery over sentiment.” Once Covid began to take root, Kiranos says the pangs of cabin fever set in. His entire professional life over the last decade has revolved around touring, and he was feeling boxed in. He was suffering creatively and having trouble tapping into the old wellsprings that had previously birthed songs. Writing in the third person allowed him to immerse himself in other characters’ stories, which he presents on the record in first-person for more immediate effect. These are vivid, sepia-toned snapshots of lives on the brink. Mini-movies, if you will. And they have a horrifying familiarity in the year that was 2020. “There was a girl at the bar/ She overdosed in a photo booth/ Nobody found her body until last call/ The pictures all showed her terrified and a loner/ while everyone cried what a great friend she was,” Kiranos sings on “Quiet As A Rat.” The new writing approach proved to be fruitful, and one Kiranos hopes his fans will embrace. Since he began touring nearly ten years ago (often playing sets in bathrooms at music festivals), Amigo the Devil has steadily amassed a fanbase whose devotion to his music is unstinting. Kiranos says he knows of 1,200 fans who have Amigo the Devil tattoos. There is also a Facebook group that grew out of his coterie of fans that has now become a sort of community support forum for those suffering from things like mental illness, addiction, and grief. “The energy my fans bring to the shows is incredible, and the fans are what make the shows good. Sometime, I can’t even hear myself over the system because [they’re singing the lyrics so loud].”   As is the case with any artist who has great success with a certain sound or specific album, making a shift to something new can prove daunting. But it’s a step Kiranos feels he has to take as an artist. “I hope this album can start to shift the lyrical expectations and people just don’t consider me ‘the death guy’ and ‘the serial killer guy,’ and that people can start to see different avenues and opportunities. I hope it opens up the project of Amigo the Devil so that people understand it’s not a specific sound-based project, and that we can go in different directions and it’s okay.”   The artistic strength of Born Against let us know that Kiranos’ new direction is more than “okay.” It’s a major mile-marker for a creative soul whose work will only continue to evolve and grow.

The Tejon Street Corner Thieves hail from the Colorado Rockies and forged their original brand of whiskey roots from the ground up. Honing their craft on the streets, they swiftly gained recognition from the music community with Colorado Springs Gazette awarding the band with their “Best of the Springs” award, the Pikes Peak Art Council hailed the group as “Best In Show” in 2017, and in 2018 the Colorado Springs Independent dubbed them “Best Original Band”. As a nationally touring act, the band has become notorious for their shenanigans and over the top live performances. The Tejon Street Corner Thieves consistent show schedule and heart filled showmanship have captured the hearts of fans and created a cult-like following.

Tejon Street Corner Thieves have been turning heads with a completely unique take on traditional folk and bluegrass music. The group made headlines with their viral music video for "Never Meant To Be", which showed the band playfully doing a parody impersonation of key artists in the dark folk and alt-country scenes. The video spawned countless reaction videos from those parodied in the video including Dead South, Shawn James, Days N' Daze, Orville Peck, Bridge City Sinners, Harley Poe, and more.

Amigo the Devil said, “It’s a very rare and fortunate opportunity to find a band that is as much of a powerhouse in a live setting as they are while listening at home, alone, dancing, and shouting out the completely un-avoidable and wildly infectious sing-alongs. I knew from the moment we played a show with Tejon for the first time that it was something special and it’s an honor to have them as the first addition to the family we’re expanding into. This group, this label, this whatever you want to call it is a goal I’ve had to build something in unity where we all feel confident and comfortable to be ourselves and know that we aren’t at all alone in our strangeness. There’s no one more fitting than Tejon Street Corner Thieves to be a part of it and we’re grateful they’re on board. They’re just such good dudes too, it’s unreal haha.”

Singer-songwriter Stephanie Lambring’s Autonomy embraces the heaviness that can sometimes exist in life, confronting hard truths and examining difficult topics through a lens of someone working to reconcile their feelings about it all. Within its 10 tracks, Autonomy finds Lambring coming to terms with what her life and her world are made of. She asks listeners to take a moment and think about what makes them, and everyone who surrounds them, so human. The scars, the fears, the doubts, the resolution and the lights at the end of the tunnel.Lambring’s ability to turn specific, personal details into universally relatable anecdotes — examining topics that sound familiar, things you’ve thought about before, from childhood embarrassments that still pop up now and again to relationships that were bad choices from the beginning, from the constant desire to (still) please parents, to what in the world it feels like to try and understand evangelical Christianity in the current iteration of America — has garnered critical acclaim from NPR, landing on their Best Songs of 2020 list and a featured spot on All Songs Considered, as well as Rolling Stone, American Songwriter a 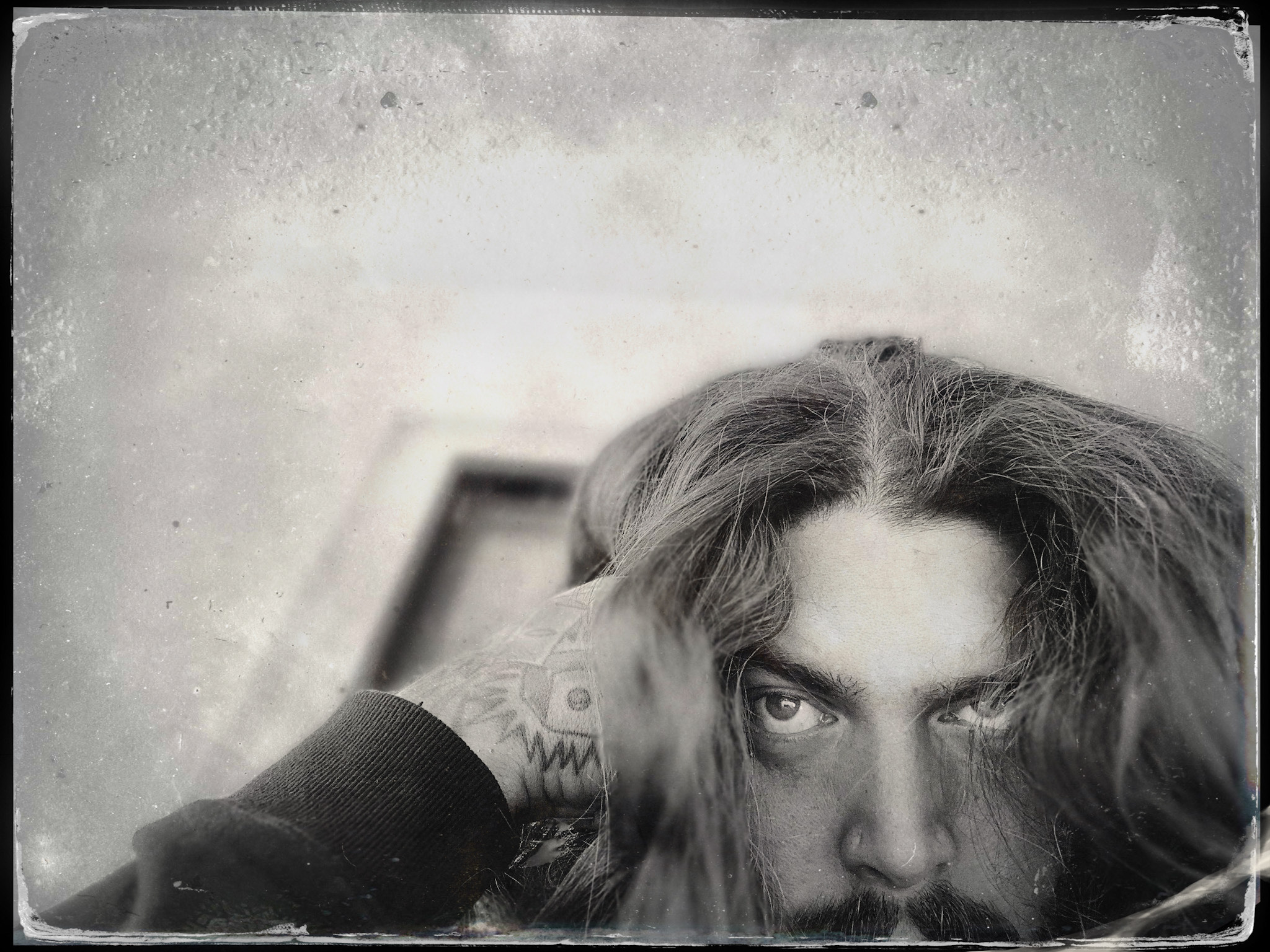