Comfort To Me Tour

Amyl and The Sniffers

Amyl & the Sniffers, the Melbourne, Australia rock band fronted by Amy Taylor, released their sophomore album Comfort To Me a few weeks ago via ATO Records/Rough Trade to a massive reception. The record hit #1 on Billboard’s Alternative New Albums chart, #2 on both Heatseekers and Top New Artists Albums, #4 on Independent Albums, #7 on Rock Albums, #9 on Alternative Albums, and made the top 20 on the Album Sales chart. Across the pond has made BBC 6 Music’s Album of the Day, and on the band’s home turf it was named Triple J’s Featured Album of the Week.

Now, after a triumphant release from the world’s longest lockdown in Australia, Amyl & the Sniffers announce their long-awaited return stateside for a U.S. 2022 tour. In addition to the band’s previously announced show at Music Hall of Williamsburg in December which sold out in less than one day, the Sniffers will tour Spring 2022.

Comfort To Me, which was co-produced by the band and Dan Luscombe, is the follow-up to Amyl & the Sniffers’ critically acclaimed 2019 self-titled debut album, which won Australia’s esteemed ARIA Award for Best Rock Album and saw the band tour their anarchic and ridiculously fun live show internationally for the past two years. With its lyrics largely written during the Australian Bushfire season, when The Sniffers were already wearing masks to protect themselves from smoke in the air, Comfort To Me came together in a 3-bedroom apartment where the four band members quarantined together during COVID-19 lockdown. The result is a less spontaneous and more darkly considered record that masterfully captures the essence of the band like never before. “This album is just us — raw self expression, defiant energy, unapologetic vulnerability,” says Taylor. “It was written by four self-taught musicians who are all just trying to get by and have a good time.” 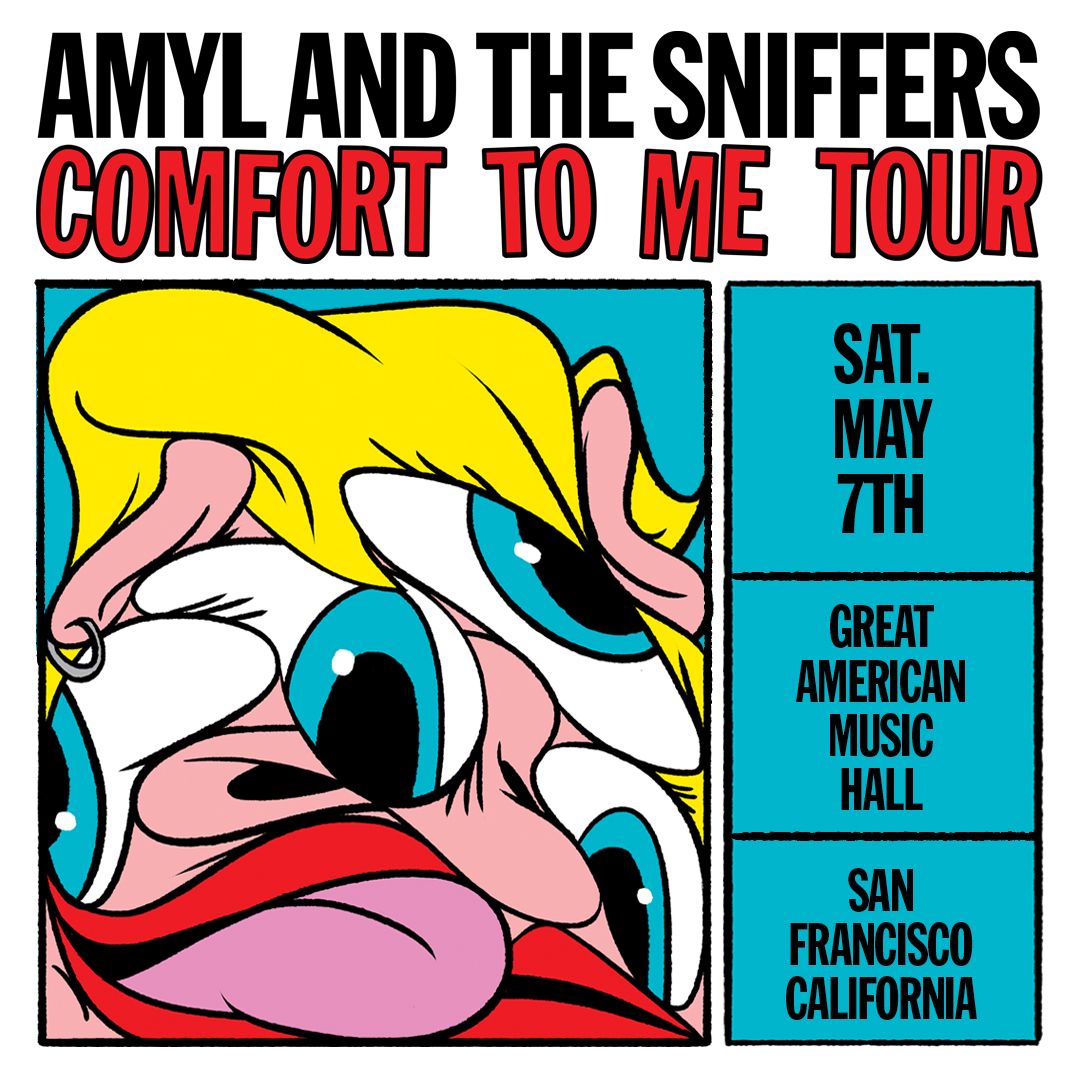 Amyl and The Sniffers