An Acoustic Evening with Mitch Rossell

Doors at 7 PM
Show at 8 PM
Seated Show
‍
Mitch Rossell proudly calls himself "a middle-of-the-road, regular guy who writes songs about real life." Simply put, his songs are relatable because he is relatable, and he's never been afraid to get his hands dirty while chasing down success.
‍
A blue-collar solo artist, Rossell is also the songwriter behind hits like Garth Brooks' number one smash "Ask Me How I Know." Even so, Mitch Rossell continues writing material for his own artist journey. "All I Need To See," a potent blend of country storytelling and propulsive hooks, and "Ask Me How I Know," his own version of the original song that became Brooks' first number one hit since 2007, has racked up millions of streams on Spotify. More songs are on the way, too. At the end of 2020, after a trying year for so many, Rossell released his explosive and uniting song called “2020”. Premiering it on TikTok, fans instantly reacted and launched the song, in a matter of days, to the #1 spot on the iTunes Country Chart and to the #5 spot on the iTunes All Genre Chart. His “2020” music video has been viewed over 15 million times. Rossell continues to turn his personal experiences into universal stories, spinning relatable stories about childhood, love, family life, bars, and the shared emotions that bind us all together. A proud family man, he continues to uphold the advice that his own family gave him years ago — and he's been able to pass it along to his own children, too, leading by example along the way.
‍
"I'm talking about what I know, how I feel, and what I think," says Rossell. "When I create music, I draw from my own life, as well as what I see around me. I try to be a vulnerable writer and storyteller, because that's where the truth is." 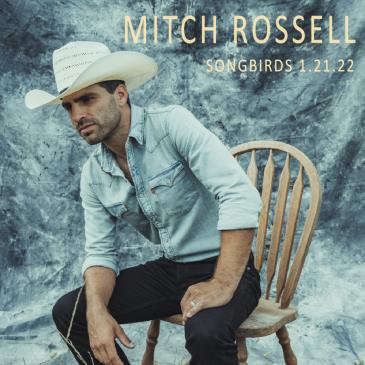