An Evening With Tom Russell

***This is a fully seated show. The restaurant will be open for dinner starting at 4pm.***

Tom Russell’s latest recording of original compositions, October in the Railroad Earth, is set for CD and vinyl release March 15, 2019, on Frontera Records in North America and Proper Records for the rest of the world. He describes the songs and sound as “Jack Kerouac meets Johnny Cash in Bakersfield.”

Bill Kirchen is featured on lead electric guitar, Eliza Gilkyson adds vocals, and the Grammy® Award-winning Texmaniacs appear on “Isadore Gonzalez,” about a Mexican cowboy who died in England during a performance of Buffalo Bill’s Wild West Show. The record contains nine other originals, including the title song from the Irish film Small Engine Repair, and a cover of the traditional “Wreck of the Old 97.”

October in the Railroad Earth follows the acclaimed 2017 Frontera/Proper album Folk Hotel and Russell’s tribute to Ian & Sylvia on True North Records, Play One More, both receiving worldwide acclaim. Between major releases in 2018, Russell recorded the Bruce Springsteen track “Across The Border” for the three-disc Appleseed Records anniversary sampler, Roots and Branches, and issued a re-recording of early classics on Frontera, Old Songs Yet To Sing. 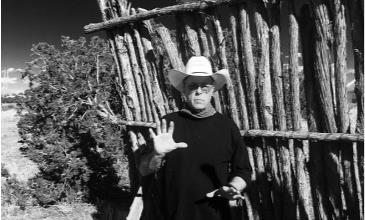