An Evening with Mitch Rossell

Mitch Rossell's career is exploding, with his prolific songwriting and unique artistry currently on showcase in front of tens of thousands of fans each weekend. With just an acoustic guitar, Rossell takes the stage show after show, winning over thousands of new fans and often receiving standing ovations for his original material.

Rossell's tenacious work ethic and no-shortcut approach caught the attention of his all-time favorite artist and country music legend, Garth Brooks, who asked him to join both his summer 2016 world tour and his 2022 stadium tour. Along with opening, Rossell has written Brooks’ last 4 singles, one of which is "Ask Me How I Know,” (which he wrote by himself) landing his first #1 single. He also co-wrote Brooks' singles: "That’s What Cowboys Do,” ”All Day Long,” "Dive Bar.”

Rossell has been successfully releasing music of his own including fan favorites ''All I Need To See," "2020,” and "Ran Info You" ft. Trisha Yearwood which, together, have garnered nearly 21 million streams on Spotify alone. 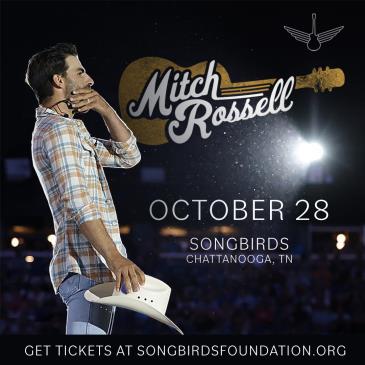