An Hour with Chanel Ali!

Chanel Ali is a standup comedian, writer, and actress living in New York City. She is the host of the Food Network digital series Food Debate! and a cast member on MTV’s Girl Code. After blossoming on the Philadelphia circuit, she quickly became a crowd favorite with her commanding stage presence and story-telling style. Her observational comedy covers her upbringing, her unique worldview, and the realities of being a polite person in the entertainment industry.
Chanel has opened for nationally touring comedians like Michael Che, Jamie Kennedy, and Marc Maron.  In 2019, Chanel was recognized at the Just For Laughs Comedy Festival as a New Face in Comedy.
Please arrive 30 minutes prior to check in to guarantee seating. Seats are subject to be released 15 minutes after the show begins. ALL LINEUPS SUBJECT TO CHANGE WITHOUT NOTICE 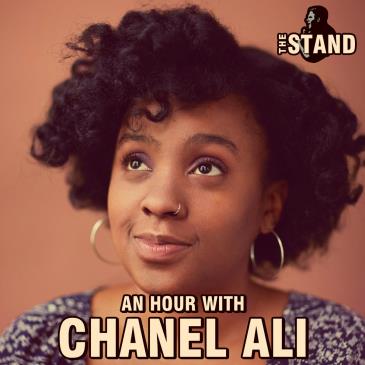