Please provide proof of full vaccination (digital passport, Vaxx card photo on your phone or the actual card). You can also show proof of a negative covid test (PCR or Antigen) taken within 72 hours of the event start time. Free on site Covid testing and we suggest arriving earlier for this.

Andhim are a German DJ and producer duo consisting of Simon Haehnel & Tobias Müller. Since their founding year 2010, they have published over 60 songs and remixes. They have worked with artists such as Theophilus London, Diplo, Högni Egilson, Groove Armada and Elderbrook and made it to number 31 on the German Single Charts with their remix for Wine & Chocolates.

The two describe their sound as “super house” – their very own definition of electronic music that, whether melodic or deep, always bears the typical andhim fingerprint. In addition to the musical component, the two have placed great emphasis on a strong visual concept in their representation as an artist, which is reflected in countless music videos. They always present themselves with a wink, without sabotaging the seriousness of their art.

With over 100 international shows annually and residencies in New York, Los Angeles, London and Melbourne, they are among the most successful DJ duos in the scene. Due to their past as turntablists, their skills on the decks are unmatched. As part of the ‘Noisy Stylus’ turntable crew, Tobias became a multiple ITF and DMC champion and had a lasting influence on the scene at the time.

Phoenix based Walter Productions is well known globally for creating over the top immersive entertainment experiences. The team's latest creation, The Walter Where?House is a unique art focused event and performance space in the new industrial area of downtown Phoenix. The engaging and community oriented collective of creatives, makers, builders and performing artists cultivate a space that is as inclusive and safe as it is fun. The fleet of super-sized art cars: Walter, Kalliope, Heathen, Big Red, Mona Lisa and Peace Train combined with a with freshly installed state of the art sound system makes Walter Where?House a place for making connections and memories in a venue unlike anything else in the world. 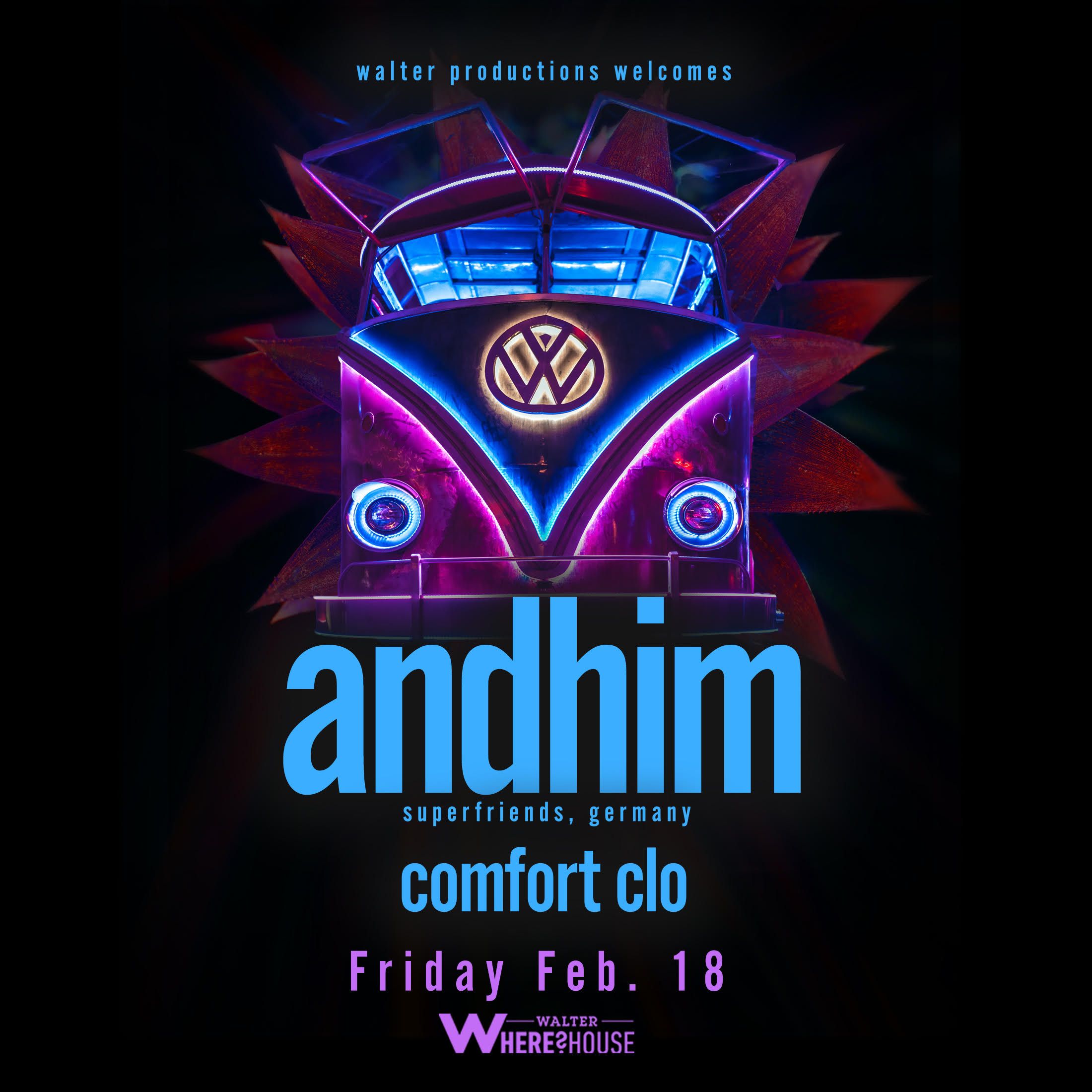