The new Delta variant is active in the Bay Area. Out of an abundance of caution and for the continued safety of our guests, staff and musicians, we will now require Proof of Full Vaccination, or a Negative Covid Test taken 48 hours or less prior to the show. HopMonk and Twin Oaks Staff will be held to the same standards.

Proof of vaccination can be your original paper vaccine card, a photo of the card, the California digital vaccine QR code, or the CLEAR Health Pass app.

Both the QR code and CLEAR health pass make it quick and easy to register and will help speed up entry at the venue.

More info can be found here:

As has been mandated by Sonoma and Marin Counties Health, you will also be required to wear a mask indoors, even though you are vaccinated.

We appreciate you showing up a bit early to help with line flow.

Thanks in advance for your cooperation. Let’s work together to keep LIVE MUSIC ALIVE.

This too shall pass!!

Born and raised in the Fillmore District of San Francisco, Andre Nickatina has been a Hip-Hop/Rap luminary since the release of his critically acclaimed debut, “The New Jim Jones.” A favorite at public venues and on college campuses, Andre Nickatina continues to sustain a loyal fan-base, while engaging new supporters throughout North America. Nickatina’s classic stage show combined with his rare interviews, maintains his mystery and unique musicianship that has spanned two decades.

The longevity of Nickatina speaks for itself. An award-winning MC and producer (2005 Bay Area Artist of The Year / Album of The Year for “Bullets”), Nickatina’s vision has expanded beyond the 18 albums (and hundreds of thousands of sales) that he has executive-produced. Also, a diverse artist, Nickatina has gained critical acclaim for his work and vision as a filmmaker, with more than seven films to his credit as either a director, co-director, executive producer, producer or actor.
Changing his name from Dre Dog to Andre Nickatina in 1996, he transformed his career to a plateau that has allowed him to create and develop an entirely new fan base with his original flow, distinct voice and lyrical explorations that few other MCs have displayed an ability to achieve. His third album, “Raven In My Eyes,” marked Nickatina’s shift as an artist and expanded his audience to the wildly enthusiastic college crowds that praise him with regular sellouts from coast to coast. In 2008 Nickatina completed a timeless masterwork that paired he and his friend, Mac Dre (R.I.P.) together with the new classic, “A Tale of Two Andres.”
Nickatina’s business acumen is as sharp and honorable as his presence on stage. Nickatina’s vision as an artist has been admired by many of his peers as he is seen as one of the last Bay Area Legends who was not only present during the golden-era of Hip-Hop, but one of the few artists who has helped Hip-Hop grow and who has remained ultimately relevant with each successive album he has released.

Without saying so, Nickatina has had his finger on the pulse of what is raw, uncut and capable of capturing the mind and ears of listeners. Never one to follow or ride trends, Andre Nickatina is a rare breed of artist… one of the last original trend setters. Nickatina does not do what the people want… rather the people want to know what Dre will do next.

Ray Luv, a native of the South Park district of Santa Rosa, California came on the scene of San Francisco Bay Area rap with his 1992 single "Get Ma Money On!" off his "Who Can Be Trusted?" EP. One of the producers of the album was the Khayree. Ray Luv formed a rap group named Strictly Dope with 2Pac in the late 80s. In 1995, he released "Forever Hustlin," which put him on the map locally. Ray Luv was part of the rap scene that grew out of Vallejo, California during the 1990s. Acts such as Mac Mall, Dubee Aka Sugawolf, E-40, Mac Dre, Young Lay and others put Vallejo's rap scene on the map during the 1990s. San Francisco based radio station 106.1 FM KMEL helped these acts get (locally) famous by giving them much deserved air time. Ray Luv is also a part of the group The Link Crew. 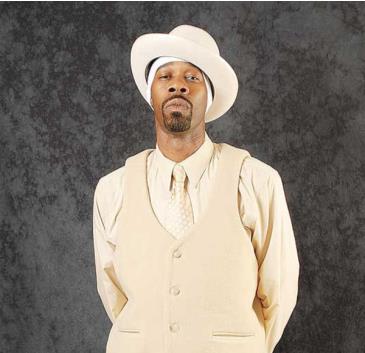