This event is SOLD OUT!

Your Tickets Include a Dinner Reservation + Guaranteed Table Seating. Seating choice is first-come-first-served. No additional reservations are necessary for this show.

Andrew Duhon is a songwriter from New Orleans, a teller of stories with an undeniable voice, weighted and soulful. Duhon has released 3 recordings, the latest of which, ‘The Moorings’, was nominated for a Grammy in 2014 for ‘Best Engineered Album’. He has toured solo for much of his career, and that troubadour element is certainly present, an usher of modern day folklore.

The Dales recall the vintage rock sounds of Laurel Canyon and the 1970's. The band is anchored by their 3-part harmonies and appreciation for classic songwriting.
Drew Lawrence, a multi-platinum songwriter, (Christina Perri – Jar of Hearts) teamed up with long time musical partner and guitarist Preston Pope to form The Dales. With the 2019 introduction of singer/songwriter Jacqueline Tozzi, The Dales found the missing piece in their creative harmony. 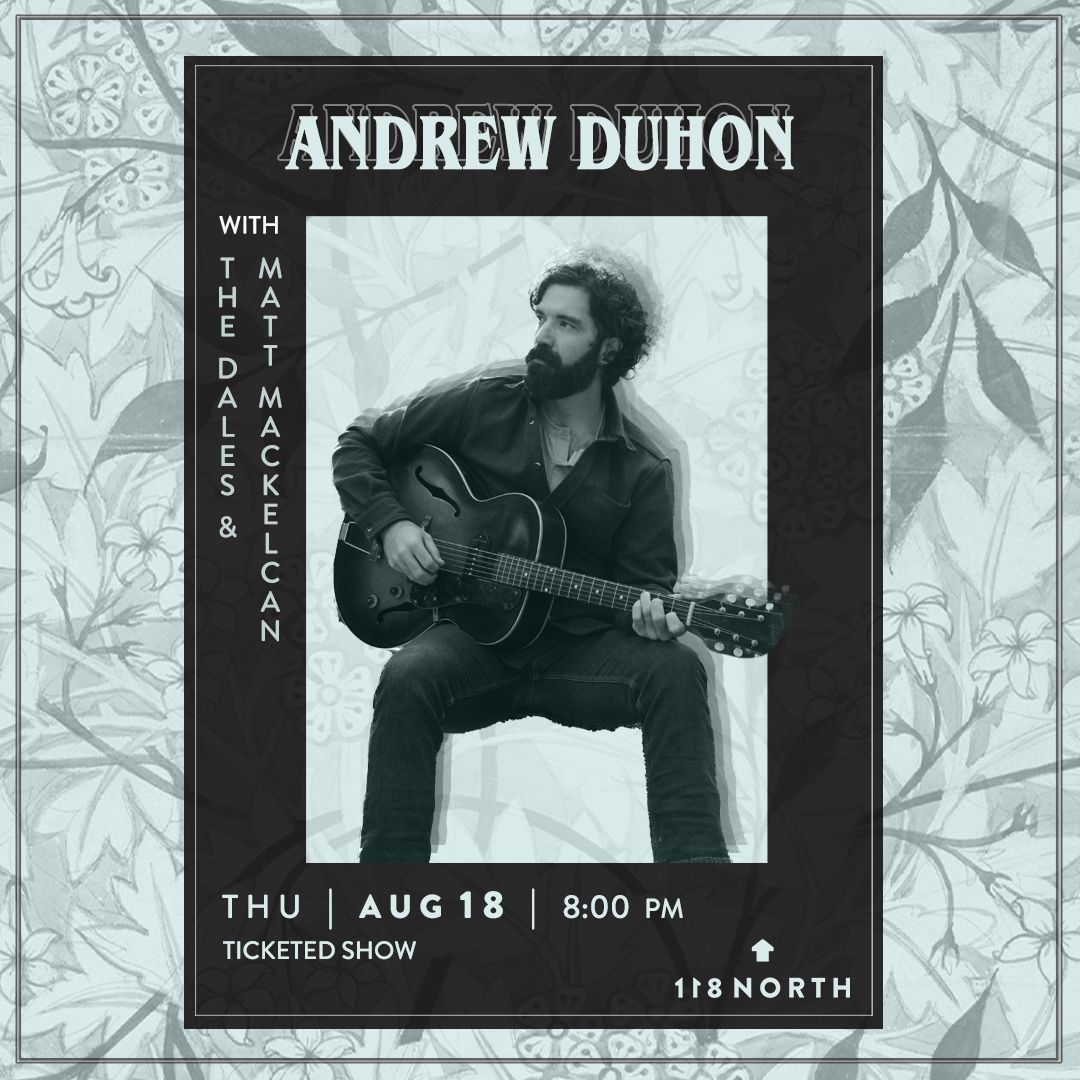