Annie Hart with The Natvral


All shows at The Lounge are General Admission and seating is not guaranteed. Click here to make a reservation and guarantee a seat or call our Box Office at 215-222-1400.

Annie Hart is a New York City-based composer, songwriter, and performer. She came to renown in the early 2000’s as a member of synth trio Au Revoir Simone, a favorite of director David Lynch, who featured the band in several episodes of Twin Peaks: The Return. Since the group’s hiatus, Annie has released two solo albums of “sumptuous synth-pop” (Vogue) that explore the fringes of new wave, minimalism and ambient. Hart’s reputation as a unique master of composition for analog synthesizers has led her to compose the score for two feature films released in 2020: Olympic Dreams (IFC), starring Nick Kroll and Alexi Pappas, and Banana Split (Universal), featuring Dylan Sprouse and  Hannah Marks.   Her new work for 2021 is Everything Pale Blue, an ambient album released on Orindal Records that is "both meandering and meditative, with Hart crafting a whole new world of her own through the gently lapping synthesizer explorations that absorb the listener” (Gold Flake Paint).

On this special tour, Annie will be touring her favorite small, selected spaces and projecting visuals to create a dreamy atmosphere as a backdrop for her new ambient works performed on a carefully curated set of vintage synthesizers.  As the set progresses, she’ll add in old favorites from earlier albums and bring her bandmate Jane Herships (Spider) to sing and play multiple instruments.  This is a rare chance to experience beautiful soundscapes in an intimate atmosphere filled with community ties and a warm, comforting energy.

As the front man of The Pains of Being Pure at Heart, Kip Berman wrote songs about the thrills and ills of young adult life with the care and concern of a cool older sibling. The long-standing New York City indiepop group disbanded soon after releasing their final record, The Echo of Pleasure(2017), and Berman found himself at a creative crossroads. He wanted to keep making music, but the themes and sounds he was interested in had shifted; it felt time for a course correction.

Enter Tethers, Berman’s first solo record as The Natvral, which finds him coming to terms with the changes in his own life by observing those transformations in the people he’s known – a self-portrait in relief. In the time between making his last record with his former band, Berman’s life and location have shifted dramatically, as he welcomed a daughter, then a son, and moved from Brooklyn to Princeton. With his new identity as a parent came a crucial shift in how he approached music. Gone were the months in a cramped tour van and late nights rehearsing with his band in a windowless warehouse space. In its place were amorphous, suburban afternoons playing whimsical songs to two young children, while writing music for himself after their bedtime.

But in this time away from the life of a touring artist, Berman discovered an unvarnished, broken folk rock sound-- a marked departure from his previous work. 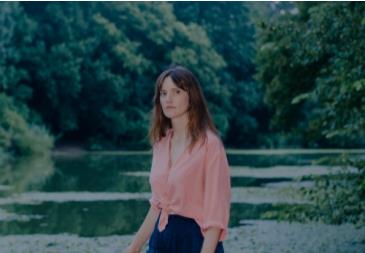