**This is a seated listening show with some tables and chairs as well as rows of seating.  Seating will be first come first served. The restaurant will be open for dinner starting at 4pm in the bar and dinner service will be available during the show up until 7:30pm.

Welcome to the second show in a new series by Anthony Arya - “Acoustic Sunset with Anthony Arya ”, Sundays at Felton Music Hall. Expect a new show every 4-6 weeks. The guests for Jan 2nd are Casey Wickstrom and Patti Maxine, both frequent collaborates with Anthony Arya.

Sit back and enjoy dinner and/or drinks with a night filled of originals and collaborations by Anthony and hand picked special guests. Jan 2nd will be featuring slide guitar work by all 3 performers.

Anthony Arya is a singer, guitarist, and songwriter from Santa Cruz, California. In Fall 2018, at age 15, Anthony was on Season 15 of NBC’s The Voice. Shortly after he released his debut album Going To California.​ Arya’s music,  folk rock with blues and jazz influences, is frequently played on roots station KPIG. Arya has performed hundreds of shows around the Bay Area and folks say you're likely to walk away humming one of his tunes for days after a performance. Fans love the upbeat rock songs mixed with melodic lyric tunes on the second album, The Road, which was released in May 2020.

In June 2020 Anthony received the prestigious award of Presidential Scholar in the Arts (category singer/songwriter) awarded by the US Department of Education. In addition to his original music with the Anthony Arya Band, Arya has a jazz trio, Life is a Cabaret performing songs from the Great Gatsby era creating a unique Parisian-esque jazz experience. Chasing Ophelia—a group celebrating the spirit of the Grateful Dead adds slide guitar and saxophone to create a fresh approach to Dead tunes. His latest release, Listen to the Voice of Anthony Arya, a tribute to his Voice journey was just released in June 2021. Arya is in the process of recording  his third original album scheduled for release in 2022.

Casey Wickstrom is a multi-instrumentalist looping artist from San Jose, CA. He sings and plays guitar, lap slide, three string slide cigar box guitar, bass, and other instruments. His latest single "Eminence Front" charted on Apple Music Blues charts, and he has been named one of the Top 100 Unsigned Artists by Music Connection Magazine.

Casey Wickstrom was born in Mountain View, California, but grew up in the small isolated mountain town of Durango, Colorado. It was here that he began writing and playing music, inspired by artists like Paul Simon and Ben Harper. The prominent bluegrass scene in Durango influenced Wickstrom to pursue guitar, bass, and take up lap slide guitar, using an old acoustic that he converted into a lap slide.

Lap steel virtuoso and vocal stylist, Patti Maxine has become a household word in Santa Cruz area as well as Hawaiian circles. A musical Swiss army knife, she handles a variety of styles with ease, sliding gracefully from Hawaiian to swing, from R&B and rock, from blues to jazz and back again.  She has played with countless bands, established and up-and-coming musicians and visiting Hawaiian players.   Audiences love her incredible musicianship and unique vocal interpretation along with her comfortable and fun stage presence, and undeniable oneness with her music. She always leaves 'em wanting more.

Patti began her lifelong love affair with lap steel guitar and Hawaiian music as a young girl in Roanoke, Virginia studying with lap steel master Elmer Ridenhour. Recognizing her gift, Elmer had her performing after a month of lessons.  Patti has played in Santa Cruz as a solo artist or in collaborations since her arrival in 1970. 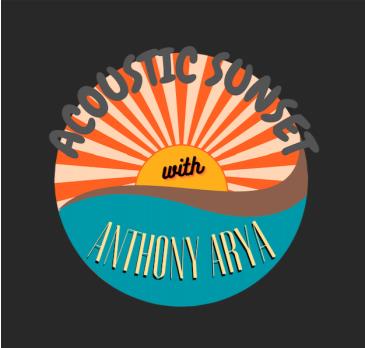