Archers Of Loaf with Weird Nightmare at Underground Arts

About Archers Of Loaf

Singer/guitarist Eric Bachmann, guitarist Eric Johnson, bassist Matt Gentling, and drummer Mark Price formed Archers of Loaf in Chapel Hill, NC, in 1991. Icky Mettle was the first of four studio albums for the band that seemed to personify what SPIN magazine deemed “a tremendously optimistic time in underground music, that 15-minute period in the early 1990s when it looked like indie rock really might take over the world.”

The band never officially broke up. Eric Bachmann had another musical project he was working on (Crooked Fingers), and the grind of the traditional album cycle and touring started to weigh on the Archers’ desire to continue making music together. After a 13-year hiatus, the band performed a secret show in January 2011 at Cat’s Cradle in Carrboro, NC, with The Love Language. The show proved they hadn’t really missed a beat, and so a larger tour was booked in mostly smaller venues to replicate the raw live experience for which the band had always been highly regarded. 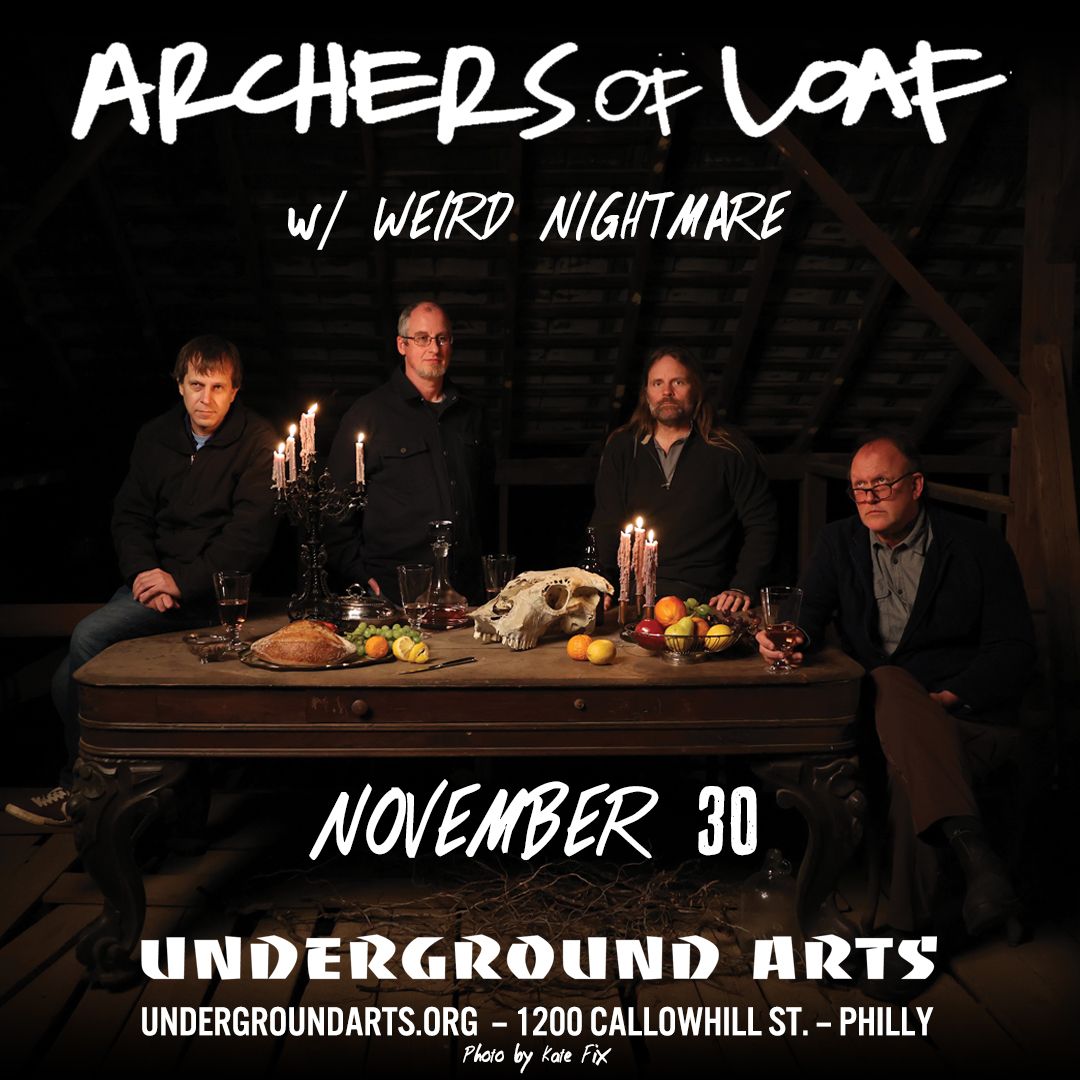