Artie Lange Is Back!

For over 30 years Artie Lange has been making people laugh as astand-up comic, television and film actor, best selling author and radiohost.Artie began his career in the comedy clubs of New York City, where hehelped to create the popular sketch comedy group Live on Tape, afterwriting and performing with other troupes, including Midnight Madnessand The Improvables. Artie’s breakout work with Live On Tape landedhim his debut television role as one of the original series regulars onFOX’s Mad TV. Following Mad TV, Artie became a regular on NormMcDonald’s The Norm Show.In 2001 Artie returned to his home state of New Jersey where hebecame a beloved regular on The Howard Stern Show for manyyears. During that time Artie also was featured in the films OldSchool, Elf and starred in Artie Lange’s Beer League. His firstmemoir, Too Fat To Fish was also written during this time and becamea New York Times bestseller.After his departure from The Howard Stern Show, Artie continued inradio both with The Artie Lange Show and later on The Anthony CumiaShow all the while continuing to tour as a stand-up comedian.In 2015 Artie returned to television with guest appearances on The JimGaffigan Show followed by the HBO comedy series Crashing. 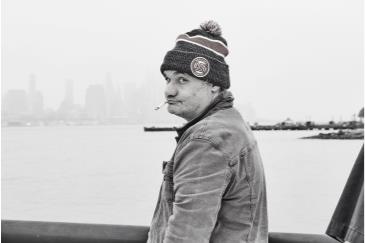