Asaf Avidan’s performance at the Great American Music Hall on February 4th, 2022 has been cancelled. Your order will automatically be refunded within 14 business days. Please see a statement below from the artist:

I honestly can’t believe I’m writing a cancelation post. Two days ago I was still in full throttle, working my ass off for the new solo show planned two weeks from now.

I don’t need to imagine your disappointment because I share it with you.

Due to the new covid surge and the restrictions around it, my team and I will not be able to carry out the North American tour

I’m exhausted and demoralized by my repeated attempts being shut down last minute, time and time again…but I also refuse to be the sort of person to hang back and wait for things to be easy or secure.

We need our artists out there.

I’m going to continue to do what I can to move about and perform music for you all, wherever you are.

We’ll swallow up the disappointment, hope for better, and keep on going forward into this new year.

Anagnorisis is a literary term, coined by Aristotle, for that sudden moment of revelation of a character. That moment, which through the unveiling of a previously hidden element of a story’s plot, the character is confronted by his or her true identity. Transcending from ignorance into knowledge.

After a 10-year non-stop touring regimen, Asaf, approaching his 40th birthday, decided to take “at least one year off the road”, and reflect upon his life, career and art. To experience time and space in a different way than during those years of endless movement and changing views. To live differently and to write differently.

The setting he chose was an old farmhouse in Italy that had been turned into a recording studio/writers-retreat. A lot of green fields and olives, a lot of blue skies, and a lot of quiet and seclusion.

The process would prove to be very different from the past.

While previous albums such as Different Pulses or The Reckoning were penned down in a matter of weeks, something was changing now. It seemed like the presence of nature and silence around him were seeping into his art. Things started to take time. They were cut, groomed, thrown away, replanted. Months went by and the songs were still slowly mutating.

“I remember learning to cut olive branches to prepare the trees for next year. I was astonished to see how much of the tree had to be cut in order to help it live better. Local farmers showed me that by cutting many of the branches, more air was reaching the inside of the tree, more sun, making it stronger and more resilient to parasites and disease. I tried to do the same with my songs. Cut, trim and remove big parts for the song to use its energy to grow stronger roots and a stronger structure. Take time and let the song grow naturally.”

The result is remarkably felt. Every song seems to echo with deep roots that search inwards and with structures that seem groomed and precise.

“I was listening to Thom Yorke, The Fugees, David Bowie, Old school Jazz, even contemporary pop like Billie Eilish or Kanye West. I would take something from each one and mix it all into a schizophrenic jungle of characters, all working from within myself. Somehow this mixture of characters and sounds was able to tell a clearer picture of how I felt… of who I am… more than just one voice ever could.”

In a moment of clarity, Asaf decided that all the voices in the album would be his own. Main vocals, him. Back vocals, him. Harmonies and counter melodies, him. Full gospel choir, men growling, all him. Stacks of dozens of voices recorded again and again to create the effect of many people - all living within his body.

From piercing falsetto, to theatrical baritone, to his famous androgynous drawl… So many techniques and emotions would come together to emphasize the multiplicity of being. The complexity and richness of every moment of life.

To help steer this turbulent ship to shore, Asaf called upon his old musical partner Tamir Muskat(producer of Different Pulses and Gold Shadow).

“I wanted to go back to that small room in Tel Aviv and make the album in the same way we recorded Different Pulses. Just the two of us, alone, building the songs layer by layer and brick by brick. Slowly watching the songs form from the inside out. It’s a slow and Sisyphean process, but it fit the feeling of the album”

The album was recorded in segments in that “small room in Tel Aviv”, but as the Coronavirus started to wreak havoc and national lockdowns affected their lives, the two were separated. Tamir stayed in Tel Aviv and Asaf in Italy. Instead of giving up the process, they quickly changed their method and found a way to continue the work.

“I would record vocals or a guitar riff and send it over to Tamir for processing. He would send it back and I’d give comments. We would listen to something together and would then take separate hours to work on things, and virtually “meet up” again.”

That proved to be an unexpected advantage for Asaf.

“Instead of having studio hours I could start, stop, take a break, continue, do things for hours, again and again, wake up in the middle of the night and record. It was amazing.”

It also added that facet of “multitudes” to the album. The vibrant noise of Tel Aviv forging with the serene quiet of Italy’s countryside gave the album tension and richness that correspond to the theme of the project.

“While the artist always seeks truth, Art is always a lie. It tries to impose a structure upon what inherently has a chaotic nature. This chaos, this ever-evolving nebula of feelings and thoughts and instances… all working together, all existing simultaneously… that’s life.”

The true Anagnorisis of this album is that vagueness, the complexity, multiplicity and confusion are all part of the true fabric of our existence.

The revelation is that there is never just one moment of clarity that represents more truth than any other.

Asaf’s search to describe his one true self leads to an endless whirlpool of changing tides and currents… And all of them are him.

In the album cover, colored shapeless blobs of vibrant colors are ordered on a black background. The perspective eye can make out - there, between those strong colors - Asaf's silhouette in the negative spaces.

While the artist uses these bursts of strong colors to portray himself, he truly lies in the black mysterious negative of them. These colors, our personalities that we display to the world, are not us, but through them we can create a clearer shape of what it is. 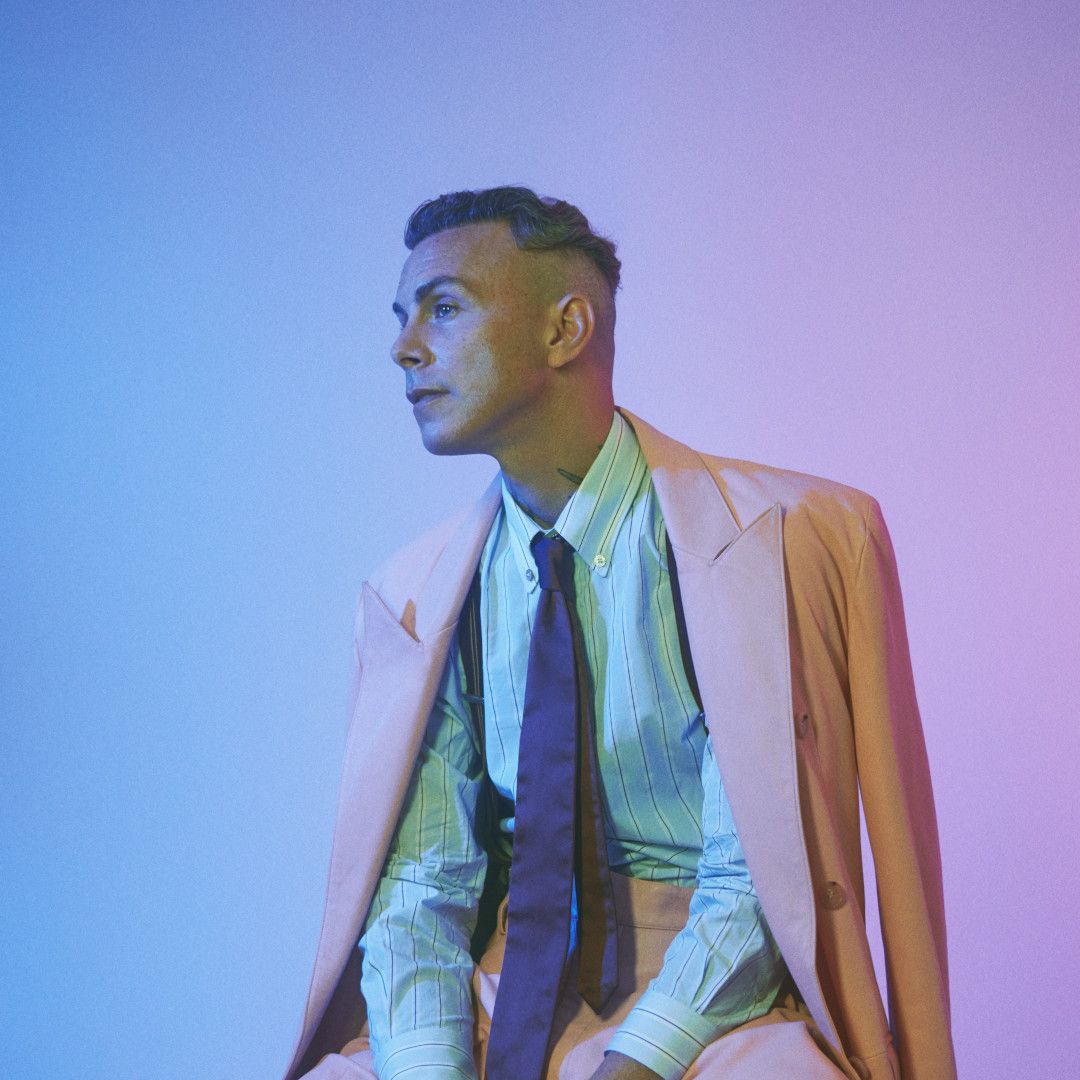