Audiodacity is a Funky Ultra-Fusion septet from Indianapolis, IN. Their band mantra is “Anything is Possible”, and by constantly striving to find new ways to bend genres and reach outside their comfort zone, they find joy in creating fun and exciting music. They have opened for National acts such as GROUPLOVE, Here Come the Mummies, The Motet, Dumpstaphunk, and Ludacris, and have made three consecutive appearances at Summer Camp Music Festival and The Mile of Music Festival, as well as appearances at Resonance, Good People Good Times, Hyperion, Phases of the Moon, and Disc Jam.

About The Brothers Footman:

Music lovers who are eager to treat their ears to something fresh and unique would do well to check out a local band by the name of The Brothers Footman. The group's sound is inspired by a variety of genres including country, Motown, gospel and R&B. Listeners will enjoy their smooth vocals as the brothers harmonize over energetic rifts. Brothers Dikembe, Gerald (G), Micah (Sauce), and Joshua (Bubby) Footman make up the band The Brothers Footman. Though the group is a new endeavor, the band has been surrounded by music all of their lives as their families have all been musical influences.

"We grew up around music and kind of just picked it up ourselves. Our father's side of the family can play and sing, and our mother is very musically talented and trained many vocal groups. One Christmas, we got instruments instead of presents, and since then we have been like, yeah, this is what we do," said Bubby.

"Back then none of us could play anything," added Dikembe. "We were just banging, so we sounded like a really bad heavy metal rock group. It was all in rhythm, so it still sounded kind of cool."

The group's musical talents have grown since childhood, and they have honed their skills in separate projects. Gerald started to play the piano and the drums, and Micah has done many productions for a wide range of varying artist. Today, the brothers are determined to break down musical barriers with a distinctive sound they like to call "Summa Music."

"We don't believe in drawing lines in music. Music is; it's just that simple. We let the songs do what they do. The idea might start with one of us and then someone puts some keys down. It takes on its own form, and we let it rock that way. So it's summa music. Some of this, some of that," said Bubby

"Music can do amazing things. It can bring people together, it can get you through your hard times. I have seen this music cross boundaries and bring 70 year olds on the same dance floor as 24 year olds!!" says Gerald, about how music can bring anyone together.

Though The Brothers Footman have recorded multiple songs, they have only released an EP to the public as of yet. Their debut single "Country Sky" has been played on radio stations both locally and internationally. "

Yesterday we heard it was playing in the UK, and the radio DJ actually shouted out our individual names. It was pretty cool," said Gerald.

The brothers say their success is due to the fact that they are unapologetically themselves. They hope a sense of authenticity reflects in their music.

"You got to bring it for a reason. A lot of people try to copy what they hear on the radio. We just try to bring out what's inside our head, be ourselves, and never stop," said Bubby.

Based out of the burgeoning live music scene of Columbus, OH, BareFuzz cuts through the seemingly never-ending milieu of improvisationally-based rock bands. The quintet - comprised of guitarists/vocalists Ryan Jones and Andrew Maughan, bassist Adam Tackett, drummer Derek Petrucci, and percussionist Jason Weihl - continues to innovate and excite by taking its unique blend of jam, blues, psychedelia, and funk to new levels.

Formed in 2016 in Columbus by Jones, Tackett, and Petrucci as a powerful three-piece, the BareFuzz that audiences across the Midwest have become intimately familiar with truly came together two years later with the addition of Maughan and Weihl. Bolstered by the added instrumentation, the band worked its way through the Ohio circuit and across the greater Midwest, taking on a familiar feel with scores of fans identifying BareFuzz as their band. BareFuzz's sound has since reverberated to larger and larger rooms as the band experiences hard-earned growth both on and offstage, transforming into a nationally touring powerhouse. 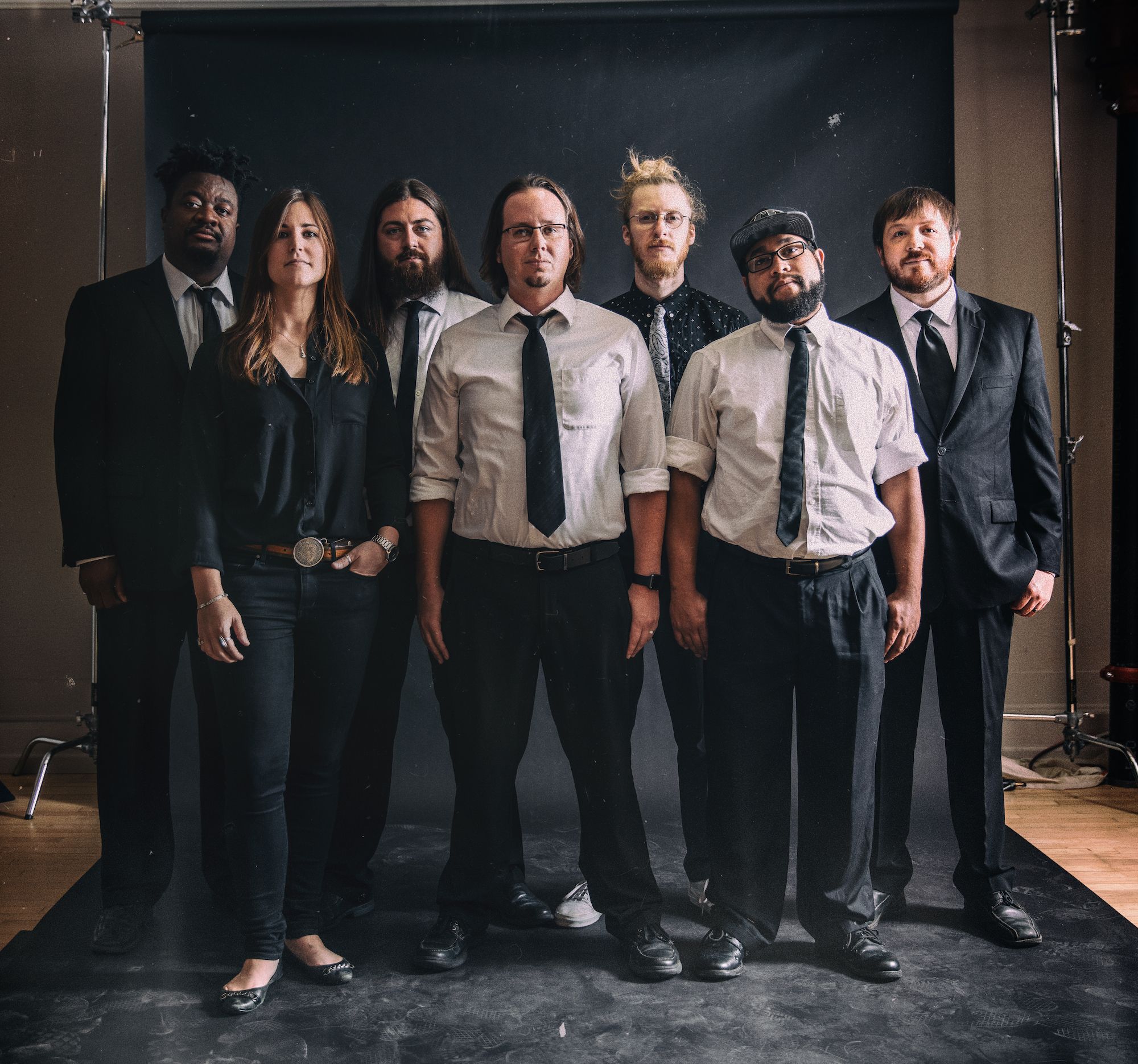