born June 11, 1939 in Elkton, Maryland as the eleventh of fifteen children. Purdie began already as a six-year-old to bang out rhythms on improvised equipment. At 14 years of age he purchased his first real drum set and became the most important provider for the family - earning his pay with country and carnival bands. This "schooling" enabled Purdie to "feel my way into nearly every kind of music, 'cause I had to know all styles and was never afraid to try something new."

Purdie moved to New York in 1960 after finishing high school and played with (among others), Lonnie Youngblood before landing his first hit with King Curtis. This led to his engagement with Aretha Franklin in 1970 - the beginning of an unparalleled career. Since then, Purdie has been a regular guest in the studios of the stars of Jazz, Soul, and Rock, working together with Paul Butterfield as well as Larry Coryell, Miles Davis, Hall & Oates, Al Kooper, Herbie Mann, Todd Rundgren and Cat Stevens, as well as regularly producing his own solo albums under his own name.

Liner Notes from Purdie "Soul To Jazz." 3-96. With Brecker Brothers, ACT Music & Vision GMBH. Which musician did Aretha Franklin definitely NOT want missing from the line-up when she recorded her most inspired albums at the beginning of the seventies? Who provided the back-beat for Steely Dan's "Aja", and for whom have Isaac Hayes, Donny Hathaway, B.B. King, "Sweet" Lou Donaldson, Joe Cocker and Hank Crawford reserved that stool behind the drum kit? The list is incomplete, it must be, because no other drummer in the last three decades has seen the interior of a recording studio as often as Bernard "Pretty" Purdie. The native of Elkton, Maryland has laid down the beat on over 3000 albums to date.

This short list does however, prove an idea of the unique qualities this man possesses. Colleagues describe the drummer's style as the "funkiest soul beat" in the business, and Purdie has decidedly never limited his talents to the realm of jazz but rather has consistently sought out new musical experiences beyond it's borders. He has anchored sessions with the Rolling Stones, James Brown and Tom Jones with equal ease and proven that - with all his attention to precision playing - terms such as "drive" and "GROOVE" are definitely not missing from his vocabulary. This is certainly why his rhythms have appeared as samples on nearly every "Acid Jazz" record released in the past few years - the new genre that has so successfully hosted the renaissance of Soul Jazz.

Purdie was credited on the soundtrack album for Sgt. Pepper's Lonely Hearts Club Band (1978) and more recently he was the drummer for the 2009 Broadway revival of Hair and appeared on the associated Broadway cast recording 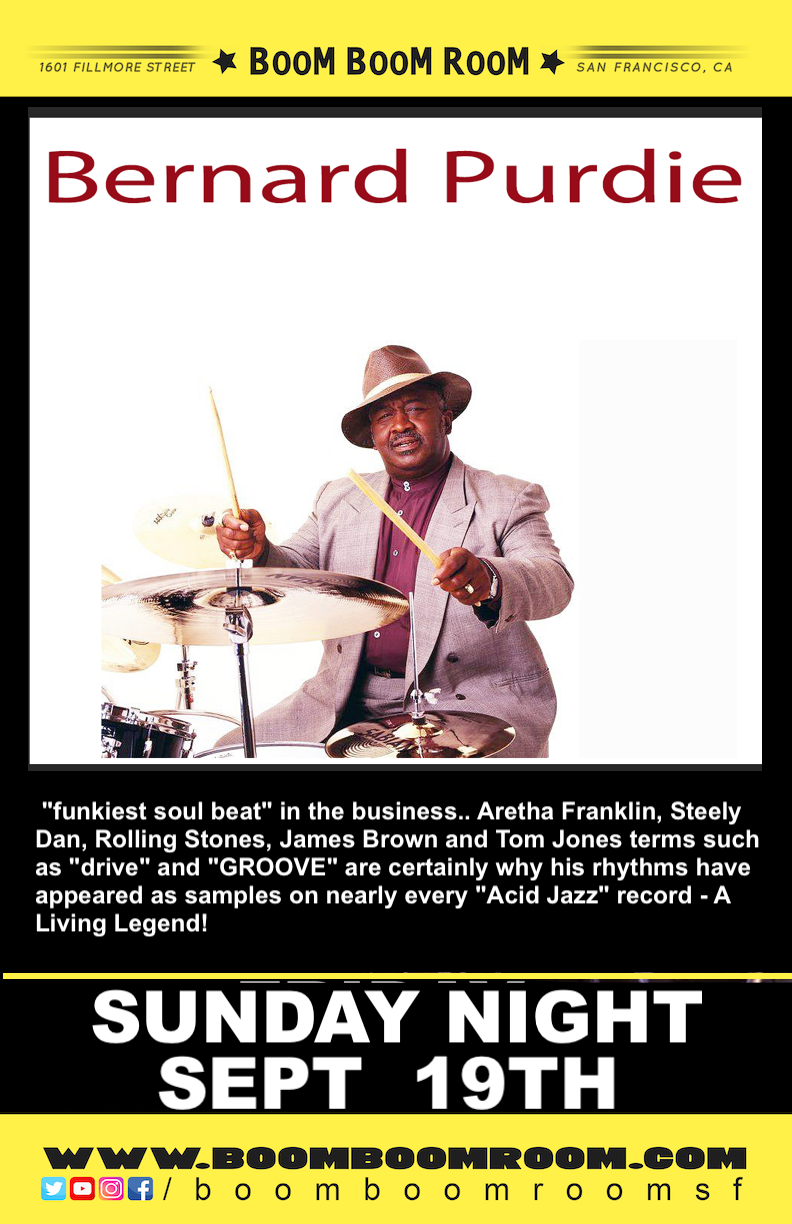