SHARE THIS EVENT TO ALL OF YOUR FRIENDS PLEASE

This BooM BooM RooM Presents show,
*DRAGON SMOKE*, has sold-out every show to date…every year in a row in New Orleans during JazzFest and also in San Francisco for more than 17 years!
DRAGON SMOKE has crowds and lines down the street (all night long) each and every night they perform. This band is super hot!

~ Join us on Thursday Night for this premier video broadcast ~ 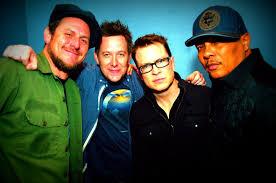