BLUE PLATE SPECIAL
A mind bending formation of sound, featuring master musicians stemming improv from funk, jazz and psychedelic rock roots. This show is ONE NIGHT ONLY – you don’t want to miss this! 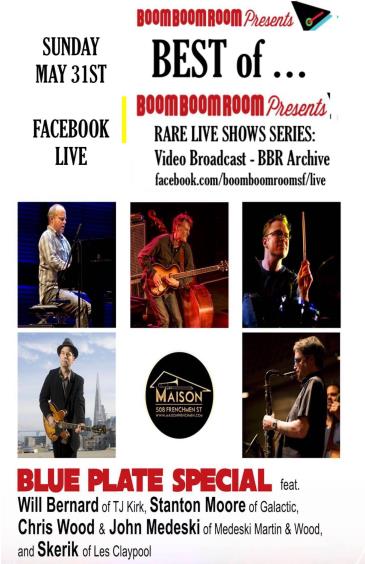