This BooM BooM RooM Presents show,
*DRAGON SMOKE*, has sold-out every show to date…every year in a row in New Orleans during JazzFest and also in San Francisco for more than 17 years!
DRAGON SMOKE has crowds and lines down the street (all night long) each and every night they perform. This band is super hot!

JOIN US and PLEASE HELP to spread the word.

Boom Boom Room Presents is asking y’all to donate to our campaign and help by telling everyone you know about the urgent call to action: that we can only continue to make magic happen with an emergency, concerted effort by everyone, everywhere, helping and donating and sharing our campaign. 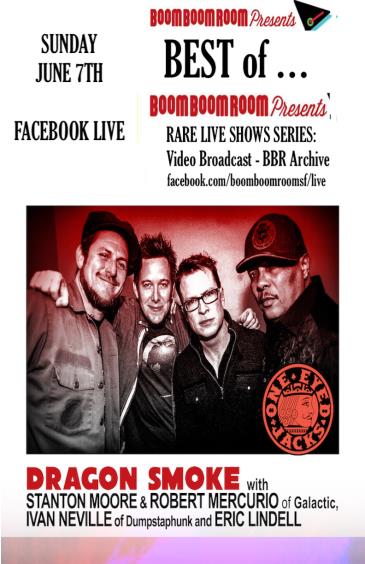