Legendary musician Bob Mould announces his “Distortion and Blue Hearts!” tour starting September 16, 2021, in Boston at Paradise. The tour is in two parts. For the first three weeks, Bob will be joined by Jason Narducy on bass and drummer Jon Wurster. Beginning October 15 in Bloomington, IL, Mould will perform “Solo Distortion” electric shows.

H.C. McEntire, frontwoman of Mount Moriah, struck out on her own with her 2018 debut solo album LIONHEART. After two years working all over the world as a backup singer in Angel Olsen’s band, McEntire came home to a hundred-year-old farmhouse tucked away in the woods of Durham, North Carolina, right on the Eno River. Here, McEntire was able to refocus. Like the blue-collar Appalachian kin she descended from, her days were scheduled by the clockwork of the Earth’s rotation: splitting wood, stacking it, weeding and watering the garden, walking the dog past the bridge and back—and every evening on the front porch, watching dusk fall. Eno Axis emerges from this time as the strongest work McEntire has shared yet. 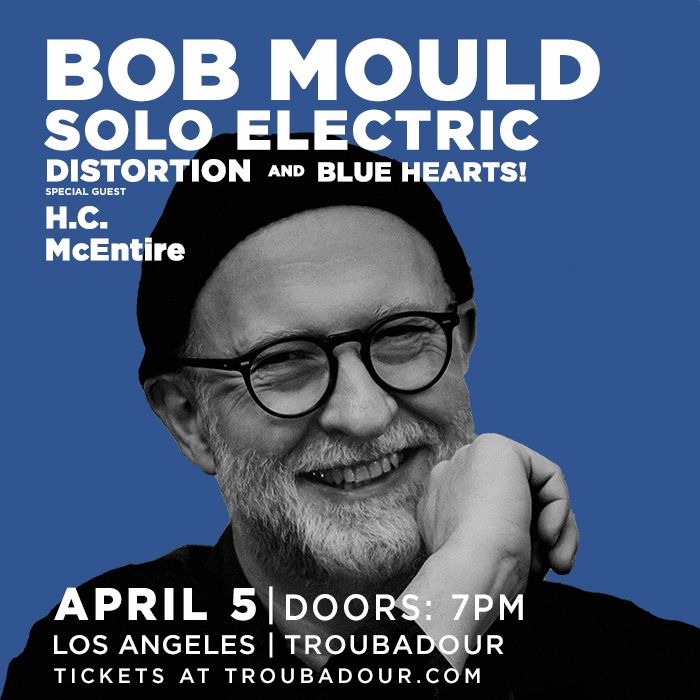