New Jersey-born BRELAND began writing songs as a teenager, inspired by a diverse collection of sounds and eclectic artists like the Beatles, Rascal Flatts, Prince, and his number-one influence, Stevie Wonder. While attending Georgetown University, BRELAND knocked on every possible music-industry door and eventually broke through as a songwriter, landing a number of high-profile cuts with rappers like Elhae and YK Osiris. But as he continued to work on his own music, BRELAND soon posted “My Truck” on social media as a challenge to determine whether he could elicit 500 comments – and after smashing that goal, self-released the track to multi-platform success. Along with paving the way for BRELAND’s signing to Bad Realm Records /Atlantic Records, the “My Truck” official video sparked headline-worthy streaming success, including hitting #1 on Spotify’s Global Viral 50 and US Viral 50 charts. Praised by Rolling Stone as “1,000 percent the whole package,” BRELAND has been featured in leading press outlets like Genius, Paper, USA TODAY and Billboard’s “Emerging Artists Spotlight,” and last April released a remix of “My Truck” featuring Country superstar Sam Hunt alongside an official video. BRELAND’s self-titled EP debut arrived in May 2020, featuring both versions of “My Truck” and five other standout co-writes – including the incredible animated visual to “Hot Sauce.” Following his debut EP, BRELAND released a two-song compilation in honor of Juneteenth, Rage & Sorrow. 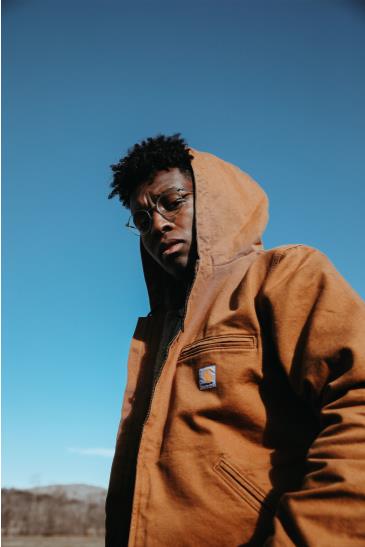