For over a decade, ButcherBabies have been crushing stages worldwide with their vicious live performanceand explosive energy. Their stage presence is a hypnotic spectacle that leavesaudiences hungry for more. Frontwomen Heidi Shepherd and Carla Harvey, guitaristHenry Flury, drummer Chase Brickenden and bassist Ricky Bonazza juxtaposebrutal, aggressive riﬀs with beautiful melodies that wail with emotionalredemption.

Hailing from the City ofAngels, Butcher Babies aided in the jubilant revival of the metal scene on LA’siconic Sunset Strip, landing the band a record deal with Century Media Records.The group’s first two studio albums reached the Top 5 on multiple Billboardcharts. Butcher Babies hit a new record high with their latest LP, ‘LILITH' asit debuted at No. 1 on the iTunes Metal Charts and No. 7 on the iTunes RockCharts with a duo of tracks hitting the U.S. Radio airwaves.

With three albums and twoEPs under their belt, Butcher Babies have reached a new level of maturitysolidifying a triumphant return after a brief creative hiatus to write andrebuild. The band is set to release a barrage of singles in 2020, reflectingtheir growth as a band. The group is ready to take on new heights while theycontinue to knock down barriers. 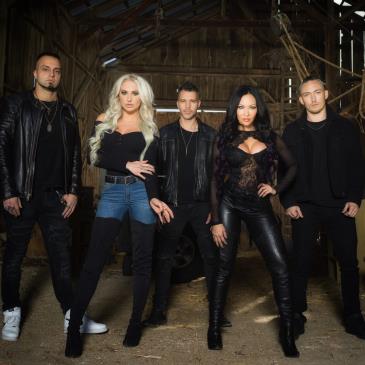