Backyard Sessions with No Small Children and Anjali Ray

Processing...
Tickets
No tickets are needed for this FREE event

Please join us for Live music and patio dining in our new backyard sessions!  Please email themintdinnerreservations@gmail.com to reserve your seating.

Elementary school teachers by day and rockers by night, No Small Children had a lot of great things going on pre-pandemic, and they are excited to return to the stage. This power trio played Riot Fest in Chicago, and their music was featured in the films A Simple Favor and Ghostbusters. No Small Children has been fortunate to have other placements in
TV shows, movies, and the video game Rock Band. They've played on many live tv shows nationally while on tour and have been featured on NPR and in Billboard Magazine and the Los Angeles Times.
http://www.nosmallchildren.com/quick-look/
Facebook: https://www.facebook.com/NoSmallChildren
Instagram: @nosmallchildren

Anjali Ray
Anjali Ray was born in Illinois and raised in New Delhi, India, until the age of 10 when she moved to the US with her family. In the years since, she’s been a glowing example of this country’s rich multi-cultural brew, retaining a strong connection to her homeland through her practice in Hindustani classical singing, western classical piano as well as touches of jazz. Her main artistic focus these days, working both in Chicago and Los Angeles, embraces a polished pop sound deeply informed by these building blocks. Her album “Indigo” has achieved enthusiastic praise including consideration for a Grammy nomination for its sophisticated hybrid of seductive melody influenced by the likes of Sarah MacLachlan and Tori Amos, chilled grooves, and soulful singing, all caressed with instrumental flourishes borrowed from India.  Anjali’s latest project is an EP titled “Giant”, a pop collection which celebrates feminism and activism in America today. 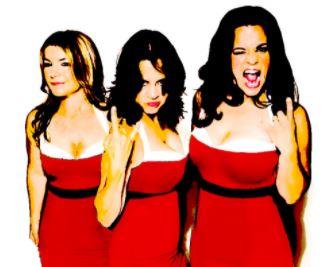