Voted a finalist for New York State’s top up and coming rock band, Baked Shrimp has established a name for themselves across the eastern half of the United States. In just four years the high-energy rock trio has performed multiple extensive tours, released three albums, and is a name well-known in the festival circuit. Baked Shrimp has billed with artists such as Dweezil Zappa, Lotus, Spafford, moe., Ghost-Note, Twiddle, Kung Fu, Mark Letteri, Aqueous, Mungion, and more on festivals such as Great South Bay Music Festival (NY), Karnival of the Arts (PA), Adirondack Independence Music Festival (NY), and more. The band has featured sit-ins by Mihali Savoulidis and Ryan Dempsey (Twiddle), Rob Compa (Dopapod), Mike Gantzer (Aqueous), and Brandon “Taz” Niederauer. Baked Shrimp is rapidly making new fans outside of their home-base of New York on their tours which land them as north as Maine, as west as Indiana, and as south as Alabama. The trio keeps it fresh from night to night with a catalogue of over one-hundred songs of original material. They are consistently asked back by venues and fans across the country. 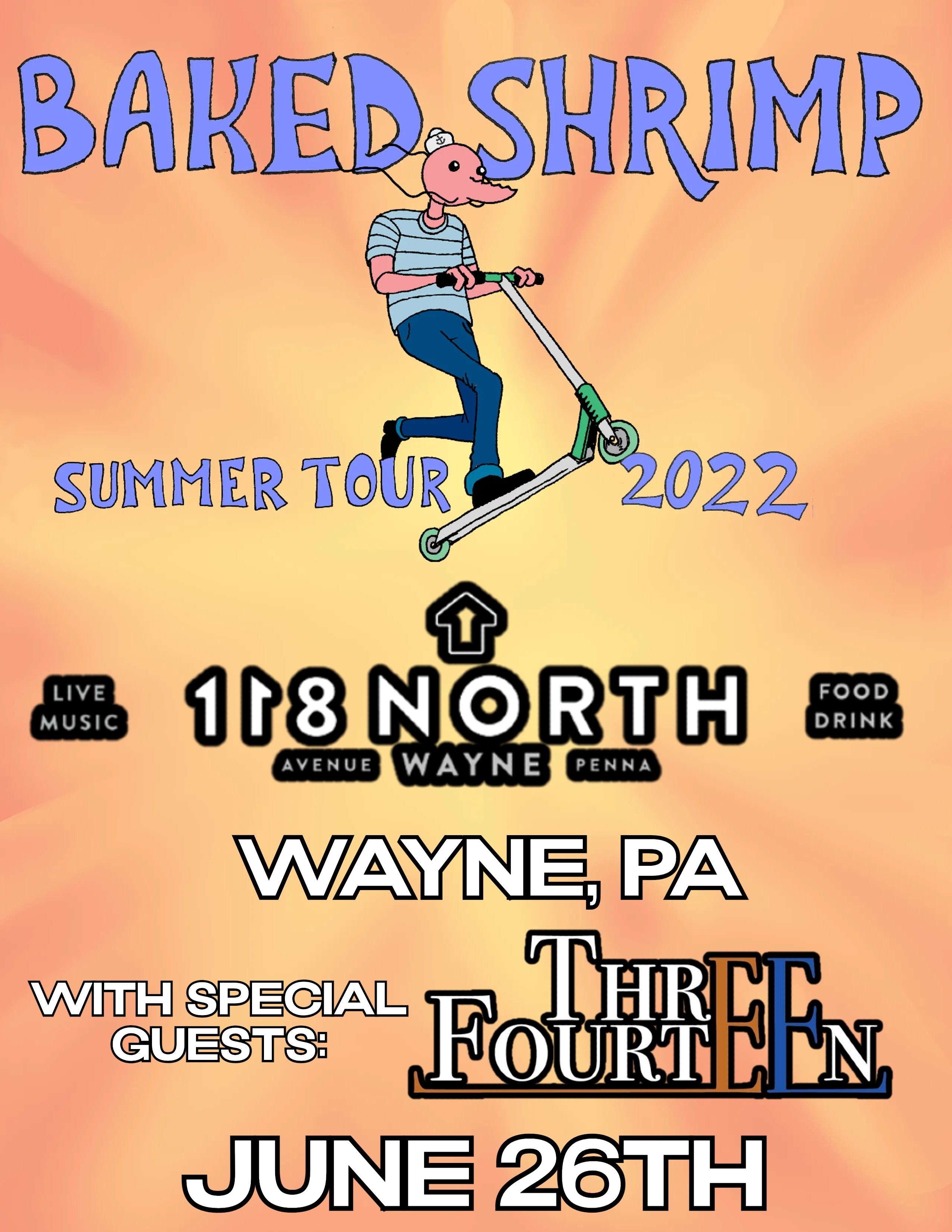