Basic Cable (A Tribute to the Golden Age of MTV)

Basic Cable brings you the Golden Age of MTV. With a mix of New Wave, synthpop, rock, hair metal, and dance-pop, Basic Cable takes you back to when MTV brought you the music and the look and will keep you dancing all night long. This four-piece powerhouse with male and female lead vocals recreates the music from all your favorite music videos from the 80s and brings a fun-filled and immersive audience experience. Say it loud: I Want My MTV!.

Basic Cable band members Dylan McGuire, Kristen Conrad, Dave Marabella, and Tim Hoctor bring decades of musical experience to the stage, All have played in prominent original and tribute bands on the biggest stages across the tri-state area. All band members have affection for the diverse sounds and looks of the ’80s and are committed to re-creating those sounds on stage. 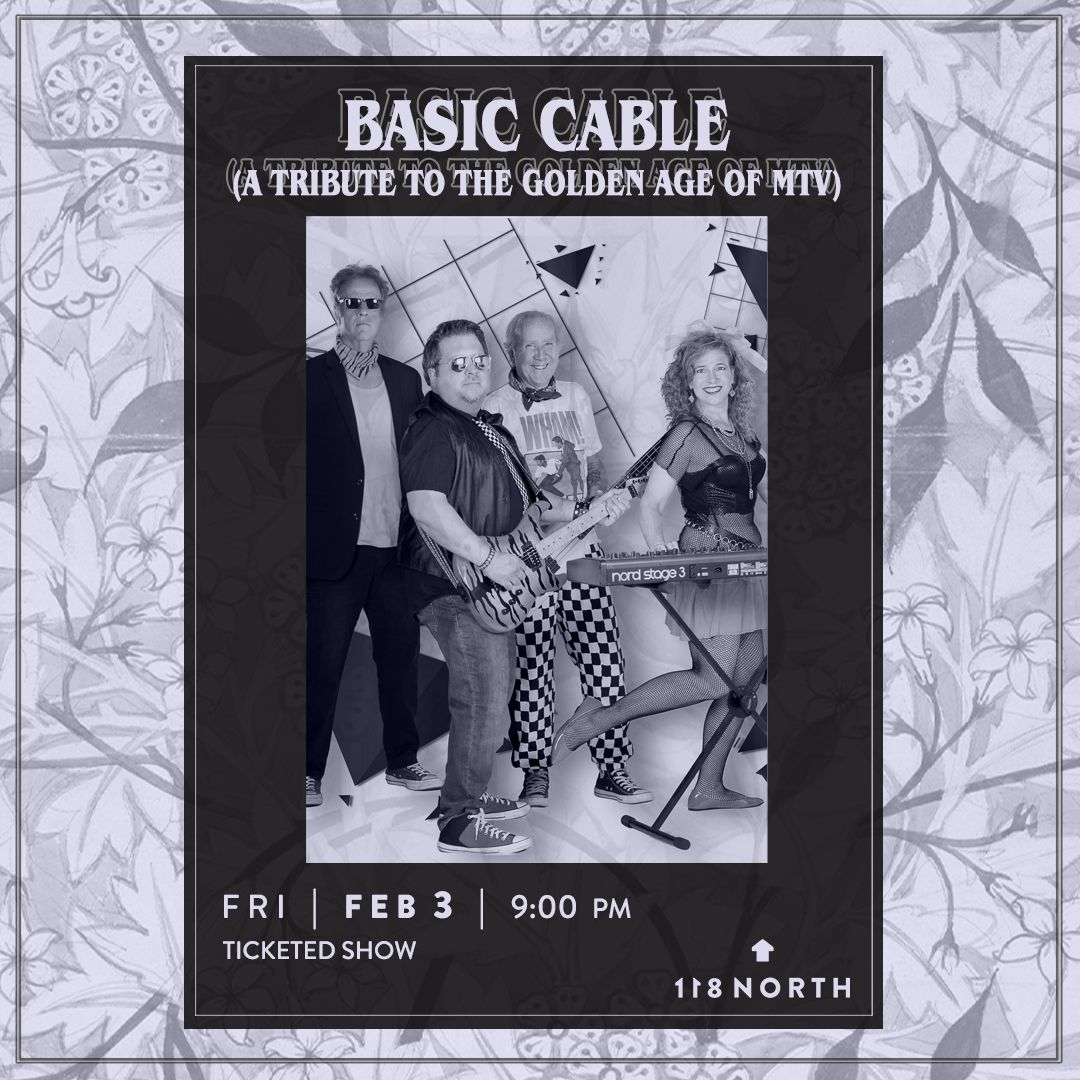 Basic Cable (A Tribute to the Golden Age of MTV)