The long-awaited return of Brooklyn’s Beach Fossils, Somersault showcases a band in bloom. Charting into new musical territory with a refined songwriting style, it’s an album that captures flashes of life in New York grounded in personal experience.

Orchestral pop gem “Saint Ivy” shines with plucked strings, buoyant basslines and a propulsive, wayward, guitar. “Tangerine,” a driving, tightly wound melody, rushes forward and briefly leaves the ground due to the gossamer guest vocals of Slowdive’s Rachel Goswell. The effervescent “Rise,” which hinges on the spoken word of Gavin Mays (Cities Aviv) discussing a failed rela-tionship, hangs, like many recent breakups, in a sense of suspension. The cloudy, wistful “Soci-al Jetlag,” bustling with samples of crowded streets, features the type of candid, off-the-cuff lyr-ics that make the entire effort immediately illuminating.

Recorded at multiple studios across New York City, a cabin in upstate New York, and even Los Angeles (including the home studio of Jonathan Rado of Foxygen, who helped engineer part of the album), Somersault turns the newfound chemistry between the trio into a sonic tapestry. Due to the variety of sessions and recording locations, the album was a Frankenstein-like series of reworking and reimagining songs. As the group pieced together different parts in a cycle of creation and cooption, and built out more elaborate songs track by track, the process became more reminiscent of a record created via sampling and arranging than one built by simply grind-ing out riffs. The long-simmering album, filled with breezy music both melancholic and uplifting, sees the band channeling their voices and honing their craft.

Flowing between shimmering compositions and immersive soundscapes, Somersault evokes the laid-back mood of a warm, breezy city night, the air crackling with humidity and excitement. These songs pulse and pull, capturing a blend of promise and heartache. It’s beautiful and lay-ered, a refined, sweeping creation that threads together numerous styles, textures, and themes into a refreshing, singular vision.

“Our technology, our machines, is part of our humanity. We created them to extend ourselves, and that is what is unique about human beings.” – Ray Kurzweil

Although civilization’s transition into a cyborg world seems inevitable, there are still those who recognize the beauty and power of a human touch to complement the circumvention. Jack Tatum understands this balance, and through a decade making music as Wild Nothing he has learned to embrace both sides of that dynamic—but perhaps never as distinctly as on Indigo, the fourth Wild Nothing album. On one hand, it is a return to the fresh, transcendent sweep of his debut, 2010’s Gemini, and on the other, a culmination of heights reached, paths traveled, and lessons learned while creating the follow-ups, Nocturne and Life of Pause. Indigo finds Tatum at his most efficient, calculated, and confident—resulting in an artful blend of hi-fi humanity and technology that fires on all circuits and synapses. 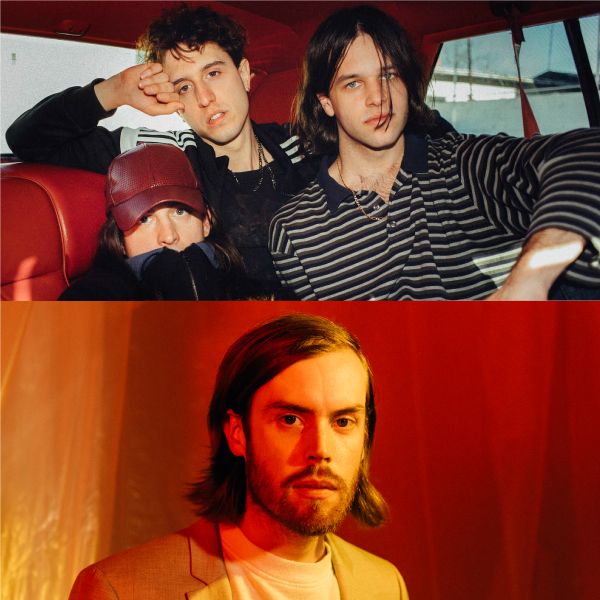