As a long time musician playing acoustic shows and live performances, Alexandre Berthoud, also known as Bear2, is excited to be releasing his first recorded project and tracks. With a soulful and heartfelt sound, Alexandre is determined to walk in the footsteps of renowned artists such as Dermot Kennedy, Mumford and Sons, and Bon Iver. After the year of 2020, a near-death experience, and discovering the love of his life, Alexandre has been left with mountains of inspiration to write from. This is his story, his sound, and his music. Welcome to Bear2.
Spotify

D.U.M.B. Luck is a bi-coastal duo born out of a shared love of Philadelphia DIY, Hip-hop production, and experimental pop. As previous members of the Philly indie band Blubird, Jack Correll and Luke Volkert released their eclectic first album on Bandcamp in 2017. The two sweet baby boys released their first two singles, “Joyful” and “Banana Buckets” last year. Their forthcoming track “One Last Time” will be released on June 29th, 2022.

Formed from an equal appreciation for old-school prog rock and contemporary psychedelia, EWEB’s music is as mercurial as it is infectious. EWEB was conceived in early 2021 by Jack Carek, guitar and vocals; Sam Mondros, guitar and vocals; Ben Sickler, drums; and Tate Iverson, Bass. The four met at the University of Oregon and started playing shows supporting Carek’s Debut solo release, Through the Door. After writing an album's worth of material in a concentrated six months, the group now plays shows across the Pacific Northwest. With interplay that mechanizes only by way of bombastic drumming and melodic basslines, EWEB yields full control over their claustrophobic jams, often evening out into melodic composed sections. 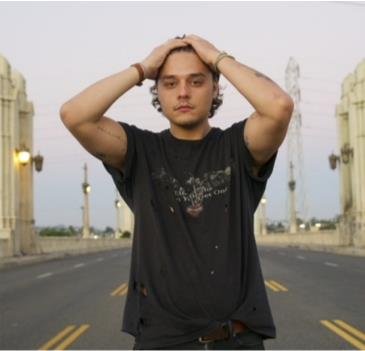