Unfortunately due to COVID, the Benny Sings show this Friday, December 17th has been postponed. Ticket holders, please keep an eye on your inbox for more info in the coming days.﻿

Spotify / YouTube / Rolled Up ft. Mac DeMarco   / Nobody's Fault
website  instagram  twitter  facebook
Benny Sings is a prolific songwriter, producer and artist from Amsterdam. He has released several albums, the latest of which is the critically acclaimed ‘City Pop’, released in 2019 on Stones Throw Records and achieved over 20 million streams to date. His new album 'Music', which includes the singles Music, Sunny Afternoon, Rolled Up ft Mac DeMarco, and Nobody's Fault ft Tom Misch, is out in 2021.

Benny has honed a signature sound while creating a colorful catalog of essential pop gems that have led to loyal global following, with fans including John Mayer, Anderson .Paak and Rita Ora. In addition to releasing solo music, Benny Sings co-wrote and produced the international platinum-selling hit song ‘Loving Is Easy’ together with English artist Rex Orange County. He has collaborated with a wide range of artists including the Free Nationals, Sukima Switch, Mayer Hawthorne, and many more.

His music has appeared on HBO's 'Girls' and 'Love Life' Netflix's 'Love' and 'Easy', and 'Nobodies', Benny Sings has also composed for Apple and Kirin, and wrote and produced the score for the Japanese Netflix show 'Carol and Tuesday.'

'Music' will be Benny Sings' eighth studio album. At a time when music is needed more than ever, to soothe and bring solace, Benny delivers. On the album’s title track, he sings: “Music, help me through this, whenever I’m down on the floor.” He explains: “It’s so easy to get overstimulated in the world today. We need light and air, we need something that energizes us.

“I’ll always be amazed by the magic of music – how something can spring into being that simply transcends everything.”

Born and raised in Torrance, CA, Rae Khalil is a 25-year-old Grammy-Nominated

R&B/Hip-Hop artist, whose only logical comparison is to the likes of Ms. Lauryn Hill.

Raised by a single mother, Rae’s natural creative talent was encouraged through

musical theatre from a young age. Known for her captivating live performance, Rae

has already been co-signed by world class artists such as Anderson .Paak, Queen

Latifah, and Chance The Rapper. 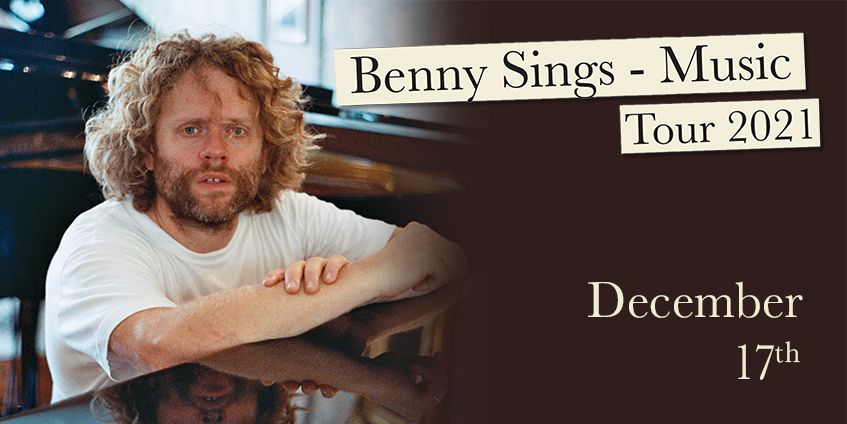