Big Irish Jay is bringing to Boston some of his favorite comedians from all over the country as well as surprise local drop ins each night! The laughs and drinks will be non-stop for this special St. Patrick's Day celebration.

"Big Irish" Jay Hollingsworth is a stand-up comedian, actor and writer. Originally from the Pacific Northwest, Jay set out to the east coast and honed his craft on the stages of Boston, Massachusetts. His "charmingly brutal" style has earned him first place in the March Comedy Madness Competition, The Best of Boston and he was a finalist in the Bay Area Black Comedy Competition. Jay's many appearances on All Def as well as multiple stand-up clips, has garnered Jay over 100 million views across YouTube and all social media platforms.  From his notable appearances on some of the country's top podcasts such as "About Last Night," Robert Kelly's "You Know What Dude," Greg Fitzsimmons "Fitzdog Radio" and Doug Benson's "Doug Loves Movies" and "Benson Interruption" - Jay has made his mark as a comic's comic.

Carlos Rodriguez -  Carlos was thrown into comedy, being brought up in a large family of characters he quickly became a fast talking entertainer which eventually led him to comedy. Taking the stage you see the inner child come out with all the passion, excitement and energy of a new performer with the grace and comfort of a seasoned pro. Carlos brings a clever, silly and approachable voice to comedy. In a fun and relatable way his observational humor touches beyond daily occurrences to deep rooted memories of his childhood, views on the simplest ideas and the most off beat subject matter.

Kane Holloway -  Starting in Seattle, currently in L.A. you have seen Kane on Laughs on Fox, Walk of Shame Shuttle on VH1 and First Nation Comedy. Kane cohosts the self help podcast “Don’t Take Bullshit From Fuckers” on the All Things Comedy Network with Greg Behrendt. In 2019 Kane released his second comedy album “Can’t See Straight” with 800 Pound Gorilla Records, available on all platforms.

Matt Walker -  Originally from Texas, Matt Walker now calls Phoenix his home. Matt is a comedian and a producer for Big Pine Comedy Festival and Broken Drift Productions. He has performed across the country, including most recently at the Sac Town Comedy Get Down and the San Diego Comedy Festival. Find Matt now as the co-host of You’re Not Good At This on YouTube.

Liz Stone -  Liz Stone performs throughout the country and is known for her personal stories of life, love, and embarrassing moments. A former corporate attorney, Liz discovered standup comedy as a balance to the corporate grind and has been entertaining audiences with her unique perspective ever since. Liz can be seen on Season 3 of Amazon Prime's Laugh After Dark. 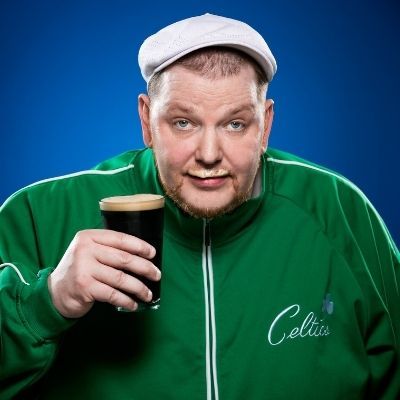