Grammy nominated guitarist, singer and songwriter Bill Kirchen celebrates America’s musical traditions of rock ‘n’ roll, Western swing and California honky-tonk. He’s been called a “Titan of the Telecaster” by Guitar Player Magazine, “an American treasure” and “one of our best” by Rolling Stone Magazine. Kirchen co-founded the original Americana band, Commander Cody and his Lost Planet Airmen. His telecaster licks drove their version of “Hot Rod Lincoln” into the Top Ten of 1972. He has recorded and/ or played guitar with a who's who of roots music, among them Hoyt Axton, Elvis Costello, Hazel Dickens, Bo Diddley, Sammy Hagar, Emmylou Harris, Linda Rondstadt, Dan Hicks, Nick Lowe, Maria Muldaur, Doug Sahm, Danny Gatton, Gene Vincent and Link Wray. One of the Commander Cody albums, Live From Deep in the Heart of Texas, made Rolling Stone’s list of the “100 Best Albums of All Time.” Bill has made 13 CDs with his own post-Cody bands, the most recent of which, Transatlanticana, stayed on the Americana Top 40 Radio chart for 5 months, cracking the Top 10 in 2016.

Master steel guitarist Bobby Black has played and recorded with an astonishing number of the stars of country music, from his pal George Jones’ very first recordings in 1953, to Ray Price, Lefty Frizzell, Webb Pierce, Barbara Mandrell, Asleep At The Wheel, Doug Sahm, and many more. Bobby has appeared on more than 130 albums, with artists from Asleep at the Wheel, New Riders of the Purple Sage, and Elvin Bishop to Tom Waits. Bobby has contemplated retirement several times, but the calls keep coming for gigs and Black keeps saying yes. He was inducted into the Western Swing Hall of Fame in 1997, and the Steel Guitar Hall of Fame in 2004.

John Tichy, Ph.D., Professor of Mechanical and Aerospace Engineering at Rensselaer Polytechnic Institute in Troy, New York, is the Founding Father of the Lost Planet Airmen, playing with George Frayne, aka Commander Cody, in Ann Arbor since the early 1960’s. With a long list of publications and research for the National Science Foundation and NASA, he also continues to gig steadily, presumably with the research objective of rocking your ass off. Tichy is listed in the Who’s Who in Rock & Roll (1996) and the Rolling Stone Encyclopedia of Rock & Roll (1998) for his work as singer, songwriter and guitarist.

It is recommended that you be there or be square. 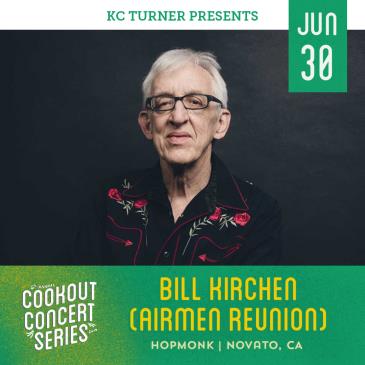